Many Manchester United supporters may view this season’s Europa League campaign as a chance for Solskjaer – one that he has only tentatively taken so far – to use the club’s academy talents.

Much like 2016-17, this competition could be Man United’s best chance of claiming a top four finish, but at the same time, they’ve already won the thing, and to be honest, the priority really should be entering the top half of the Premier League table.

There is talent there waiting in the wings, just bursting for a chance to impress, and Solskjaer cannot claim that any first-teamers would fare any better.

With that in mind, here is a potential XI for Thursday’s clash with Partizan Belgrade that includes eight – yes, eight – academy players. 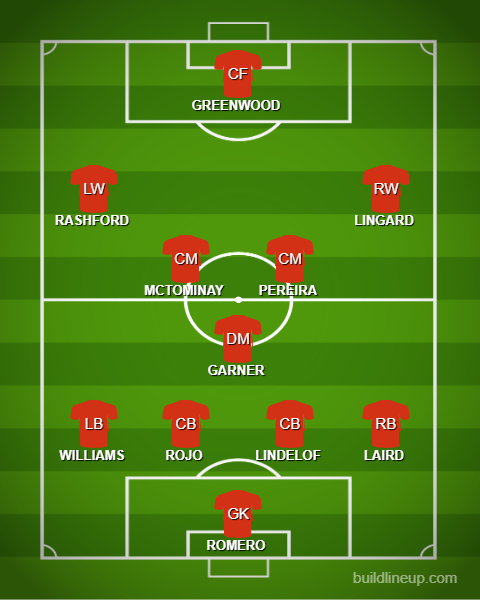 Look at that, folks. Pure United DNA. If Axel Tuanzebe wasn’t injured, or if RoShaun Wiliams was also available, then you could genuinely have a whole outfield of academy players – some experienced, some making their debuts or something close to that. Angel Gomes and Tahith Chong don’t even feature.

Ethan Laird gets included because it seems as if the youngster will be next off the production line to make his senior debut for the club having recently trained with the first team. He has an excellent mentor in Aaron Wan-Bissaka, who will not be able to play in every game.