Home » Sheffield United vs. Manchester United: Potential XI with Juan Mata at No.10

Sheffield United vs. Manchester United: Potential XI with Juan Mata at No.10

Chris Wilder’s newly promoted side are fifth in the Premier League and are playing football similar to that of Barcelona circa 2010.

They have beaten Arsenal, held Tottenham Hotspur to a draw, and seem likely exactly the kind of team that leaves this United side unstuck, much like Wolverhampton Wanderers.

So, how should United line up for the meeting with the Blades? 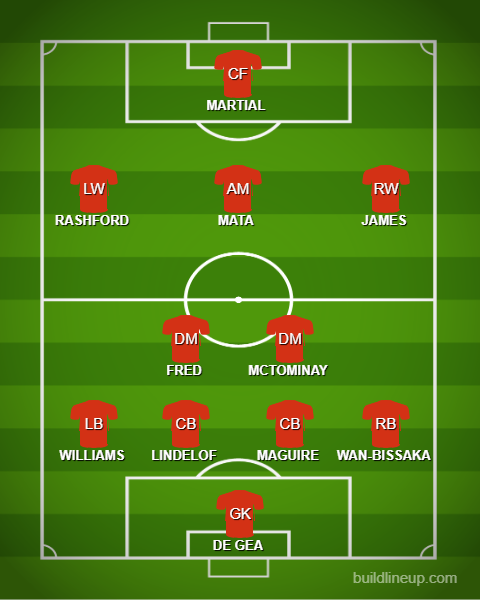 One positive is that Anthony Martial and Marcus Rashford are both scoring goals now, and a fast start from the visitors could change the complexion of the game, but what if things – as they often do – get a bit sticky?

Well, this is where Juan Mata comes in handy – a player who can shine a torch through the muddy darkness, whose composure rarely deserts him.

While not as nimble as he used to be, the footballing brain of Mata at No.10 seems much more advantageous than the sprightliness of Andreas Pereira or Jesse Lingard, who are both just likely to run into corners.

In difficult encounters, United could sometimes benefit from slowing down, thinking, rather than trying to ramp things up and losing direction in the process. This is why Mata may end up being a key player when United travel to Yorkshire.