Manchester United will need to play smartly if they are to avoid a galling defeat to Sheffield United on Sunday.

This is the exact kind of game – much like Wolverhampton Wanderers away – that Ole Gunnar Solskjaer‘s United would lose.

To that end, perhaps a slight formation change is in order for this game.

With that in mind, here is how United could line up for this weekend’s meeting with the Blades. 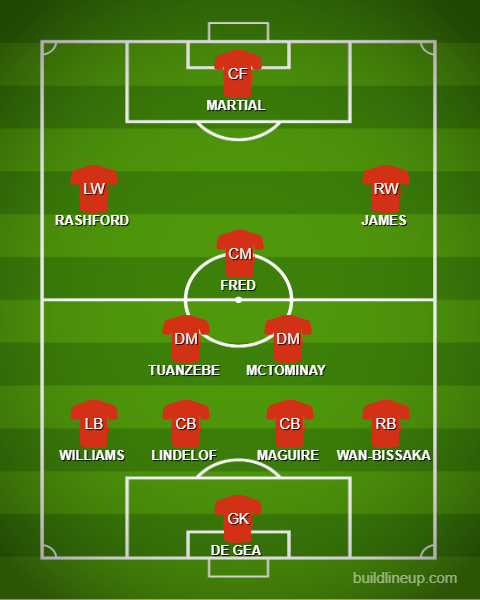 Axel Tuanzebe returned to training this week, which serves as a huge boost for Solskjaer, although nobody in that back four deserves omission.

As such, United should focus on figuring out how they can control these kinds of games for longer periods of time, as opposed to just the opening 20 minutes.

One way to do this would be to use Tuanzebe as the metronomic aspect of a midfield axis with Scott McTominay, who can provide the propulsion going forward, which in turn enables Fred – whose performances have picked up recently – to play the ‘Paul Pogba role’ of surging forward into the box and picking out cute passes.

It may seem like a stretch, but the idea of United winning at Brammal Lane with the same approach as normal is an even bigger one.