Home » Change of formation needed for success over Sheffield United

Change of formation needed for success over Sheffield United

Unfortunately, three of the aforementioned four will miss the clash with Sheffield United with only the tenacious Brazilian deemed fit enough.

This has left Ole Gunnar Solskjaer with a conundrum- how does he churn out a result with a non-existent midfield against a stubborn and defensive opponent?

The answer has to be to change formations, after all, Fred and whoever is forced to slot in alongside him will need more help than they usually get in the awfully attacking 4-2-3-1 formation.

For all his qualities and improvement in recent matches, the former Shakhtar Donetsk man cannot, at least just yet, run United’s midfield singlehandedly. 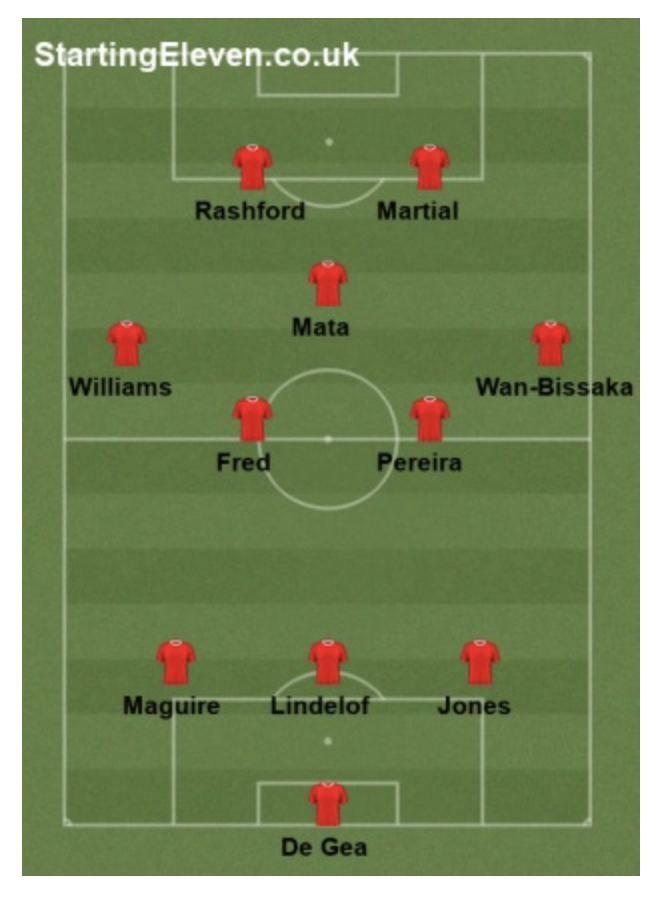 The solution is to revert to a back three or five depending on how one looks at it so that Fred and his partner have extra protection and extra freedom in midfield.

It’s the only way to get successfully past a difficult opponent without being completely exposed, especially in midfield.

It would be nice to see James Garner or Dylan Levitt feature but it’s likely Solskjaer will opt to drop Andreas Pereira into midfield instead as United attempt to get through another difficult injury period.

The Brazilian academy product has played in a deeper role before so it’s not something he’s completely unfamiliar with and he could enjoy some success if everything goes well.

With three centre-backs behind them, both Fred and Pereira won’t have to worry too much about their defensive responsibilities and can go about their business further upfield.

Marcus Rashford and Anthony Martial have struck up a fruitful partnership so the hope is they can do the same alongside each other.

With Sheffield likely to play deep, and due to a lack of other options, Juan Mata could prove the key to unlocking them and securing the three points.