Ole Gunnar Solskjaer will be without Paul Pogba, Scott McTominay and Nemanja Matic for Manchester United’s trip to face Sheffield United on Sunday.

The Frenchman, as well as McTominay, are set to be out for a few weeks, leaving United painfully short of their best options in that area.

Given that these types of games are settled in the midfield battle, Solskjaer must choose his engine room smartly.

Here is how we think United could line up for the meeting with the Blades. 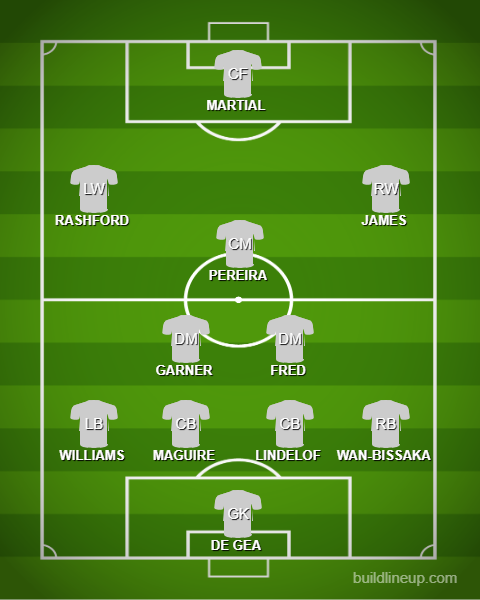 Putting in James Garner for his full Premier League debut at Bramall Lane, against a side currently sitting 5th in the table, constitutes a perhaps startling leap of faith, but from a tactical point of view it is Solskjaer’s best option.

Without a midfielder capable of putting his foot on the ball and dictating the pace of proceedings, United make themselves much more open to the prospect of losing control over the tone and speed of the affair, much like when they took on Wolverhampton Wanderers towards the end of last season.

Combined with the passing of Fred and the intense pressing of Andreas Pereira, it is a midfield three that, at least, offers some balance in the face of a ferocious Sheffield side.