Manchester United travel to Astana on Thursday night in the Europa League for a game that absolutely nobody from the visiting party wants to play.

Ole Gunnar Solskjaer is having to deal with eight injuries and has already secured qualification to the knockout phases, making this a game that no important player needs to play in.

Moreover, there is the small matter of Thursday’s venue being closer to Hong Kong than it is to Manchester, with a 14-hour round trip – as well as temperatures of -10 celsius – expected for anyone going along.

With that in mind, here is how United could line up against the champions of Kazakhstan. 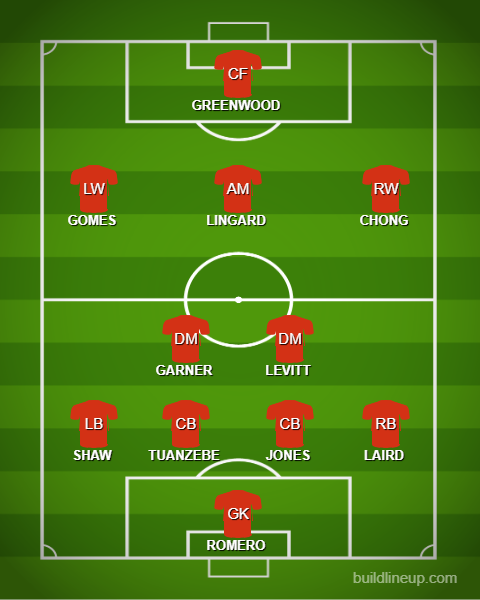 Dylan Levitt, who Ryan Giggs has called up to the Welsh senior side, is perhaps the next player off the academy production line, such is the maturity and pace with which he handles the ball. It would be beautiful to see him starting alongside James Garner.

Another candidate is Ethan Laird, a right-back capable of using both feet very well and a player who likes to attack his opposite number.

Should Solskjaer fail to introduce anyone new on Thursday, in a game as dead as they come, United fans will rightly be angry with their manager.