Home » Astana vs. Manchester United: Potential XI with Angel Gomes at No.10

Astana vs. Manchester United: Potential XI with Angel Gomes at No.10

Manchester United will travel for a total of seven hours on Tuesday ahead of a meaningless meeting with Astana on Thursday.

Ole Gunnar Solskjaer‘s men have already secured qualification from their group and, with eight players out injured already, will not want to risk themselves against opponents whose stadium is closer to Hong Kong than it is to Manchester.

However, for some youngsters, this game represents an excellent chance to demonstrate certain qualities on the European stage.

With that in mind, here is a potential XI ahead of the game. 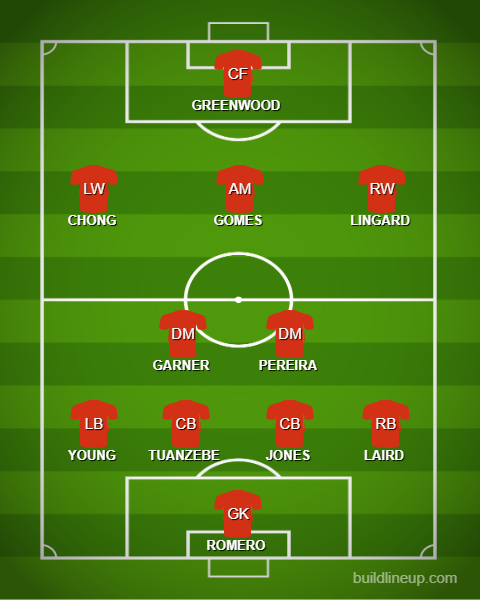 Angel Gomes has always excited United supporters, and while his minutes in the first team have been limited, there are moments where he has dazzled with the ball at his feet.

As of yet, though, he has not had the chance to play a genuine shaping role from a central role over a 90 minute period.

There is so much potential there. Gomes is a nimble, devilishly quick customer whose composure in the box and at close quarters in general is better than most members of the senior squad.

Against the champions of Kazakhstan in a pressure-free game, you suspect that Gomes has the ideal chance to get United fans enthusing over him.