Ole Gunnar Solskjaer will most likely name a completely different starting XI against Aston Villa compared with the one that fell to a 2-1 defeat to Astana in the Europa League.

Manchester United’s kids started the game well in Kazakhstan, only to do rather predictably fall apart as the game went on.

Against a dogged but limited Villa side, Solskjaer must pick a team capable of keeping the visitors under the pump for 90 minutes.

With that in mind, here is a potential XI for the game on Sunday. 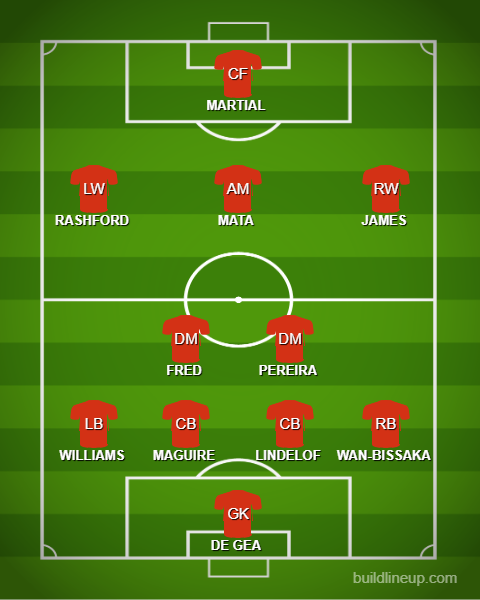 United’s problem is not that they are unable to play good football. They can. Their problem is that this good football lasts, on average, about 15 to 30 minutes per game.

This issue comes down to maturity and a serious lack of it within the ranks. There is plenty of talent but not much idea on how to steer it effectively.

This is why, as I have often said, Juan Mata can still be so important. When the pressure is on and the internal compass seems to have failed, the Spaniard’s intuitive deftness in possession often shines through and makes a difference.

As United return to Premier League action this week, you cannot help but feel like they could benefit from a sense of calm in the attacking third.