Manchester United are set to take on Aston Villa later today with there being a real need to ensure all three points are taken back to Old Trafford.

It feels as though that’s being said on a regular basis but sooner or later the top four clubs will truly pull away from Ole Gunnar Solskjaer‘s side and then he may actually face the risk of losing his job.

Mauricio Pochettino being a ‘free agent’ certainly doesn’t help the legendary Norwegian as he’s being scrutinised on every little thing.

However, United facing the prospect of no Champions League football again is a little too much to bear for fans.

Solskjaer can return to winning ways by returning to a formation that’s proven successful in the past and by taking some risks. 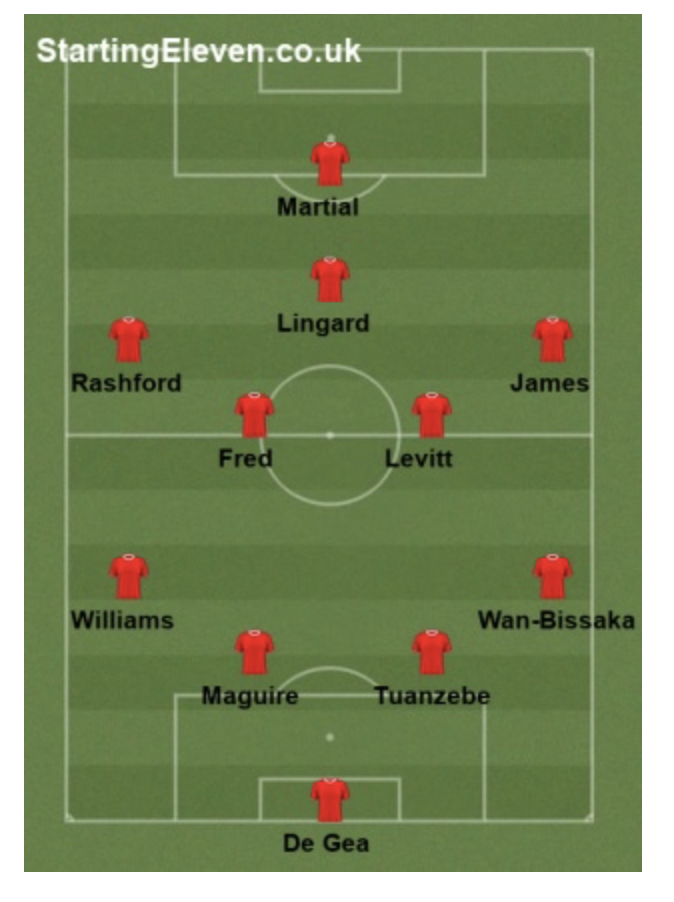 Victor Lindelof hasn’t been in the best of form this season so while it may risk Axel Tuanzebe‘s fitness, there’s a real need to see him play.

Fred must return for a little experience in midfield and hopefully he can put his own show against Astana behind him while Dylan Levitt’s impressive debut should see him start given the excessive injuries.

The front three pretty much select themselves given their performances and also Solskjaer’s lack of real substitutes.

Jesse Lingard got back to goalscoring ways against Astana so the hope is he can keep it up but again United don’t have any real alternatives given how poor Juan Mata and Andreas Pereira have been all season.