Manchester United face their biggest game of the season so far against Jose Mourinho‘s Tottenham Hotspur at Old Trafford on Wednesday night.

Ole Gunnar Solskjaer is under serious pressure following a 2-2 draw with Aston Villa that leaves Man United in ninth position in the Premier League.

And with former Spurs manager Mauricio Pochettino looming, along with former United manager and current Spurs boss Mourinho pulling up on Old Trafford for the first time since being sacked, there is huge potential for the optics to be even more scathing on Solskjaer and United as a whole.

With that in mind, here is the team that we think will face the North London club on Wednesday night. 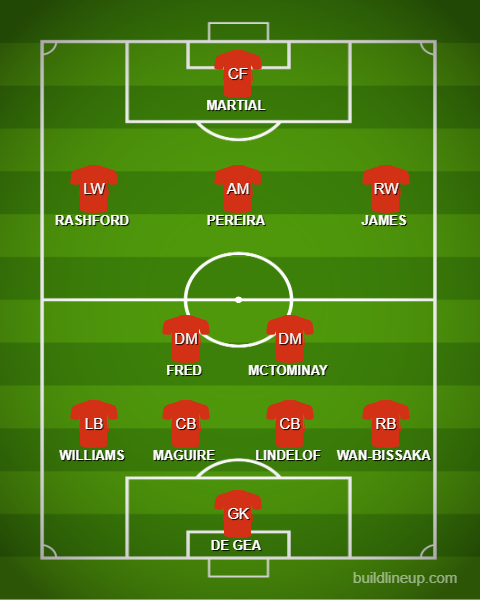 How will this game go? Honestly, it is really hard to say, but the worst-case scenario is tangibly easy to imagine: Spurs looking slicker, looking faster, that United midfield disappearing entirely, Harry Kane scoring about 700 goals, the online rage swelling to a level of nuclear that even Russia is concerned.

It may well be a very difficult evening indeed. That said, United could inexplicably win 4-0, like they did against Chelsea, so do not rule that out either.