Manchester United face without doubt their toughest task of the 2019-20 campaign so far when they travel to the Etihad to meet Manchester City on Saturday.

Ole Gunnar Solskjaer‘s men, despite an impressive 2-1 win over Tottenham Hotspur on Wednesday, head into this game as rank underdogs.

They will also have to cope with the fact that Anthony Martial is ruled out of the game with an injury sustained during a 2-2 draw with Aston Villa.

However, as the below lineup shows, United may well have another crucial player returning to the squad. 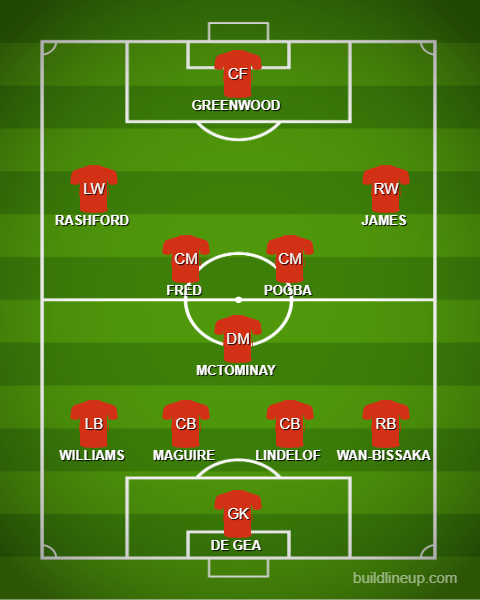 Paul Pogba, on paper, is unlikely to return for this game, but having missed last season’s derby at the Etihad – and decided the one in April 2018 – you get the sense that the Frenchman will make himself available for this game.

Much like how Neymar, having hardly played all season, miraculously recovered just in time to pull up on the Bernabeu to face Real Madrid last week, you get the impression that Pogba – the showman that he is – will make his re-entry into the fold on the nastiest, most unwinnable of stages.

United must certainly hope he does, for without him, United could have a very difficult afternoon indeed.