Ole Gunnar Solskjaer has confirmed that Anthony Martial will in fact recover in time for Manchester United’s meeting with Manchester City at the Etihad on Saturday.

The 22-year-old missed Wednesday’s 2-1 victory over Tottenham Hotspur with a knock but looks set to come back into the starting XI against Pep Guardiola’s side.

Paul Pogba, on the other hand, has been ruled out for this clash as he continues to recover from a foot injury.

With that in mind, here is the strongest possible XI ahead of this weekend’s meeting with the Premier League champions. 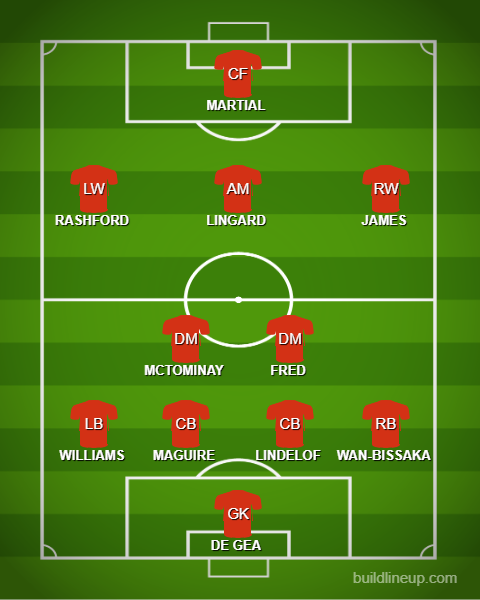 Against the likes of Kevin De Bruyne, Sergio Aguero, Fernandinho and David Silva, that team just does not look like enough, does it?

Then again, City are performing strangely at the moment, and do fit Solskjaer’s preference for playing against teams who attack and leave gaps in behind, enabling that front four to stretch its legs.

Weirdly enough, I suspect that United could look more likely to win this game than they were against Aston Villa. It is blossoming into that kind of season, after all.