Manchester United come back down to earth following the dizzy heights of winning at the Etihad last weekend with a meaningless home game against AZ Alkmaar in the Europa League.

Ole Gunnar Solskjaer will want to field a similar team to the one that lost to Astana, but perhaps with a slightly more senior look.

One player who certainly deserves another look in is Dylan Levitt, who is part of Ryan Giggs’s Wales squad and looked right at home when he received his chance against Astana.

With that in mind, here is how United could line up for the meeting with the Dutch side. 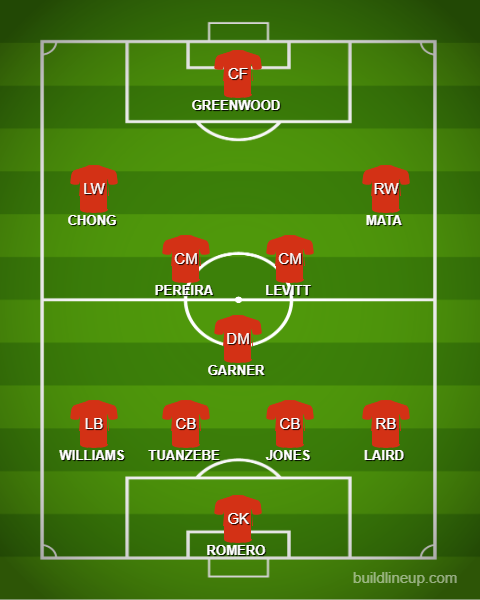