Following the dizzy heights of the Manchester derby, Manchester United must now get their heads around a dead rubber Europa League clash with AZ Alkmaar on Thursday.

Ole Gunnar Solskjaer, ahead of a hectic Christmas period, will be determined to avoid using too many key players.

Moreover, this game represents an excellent chance for the younger players to further prove themselves at senior level.

With that in mind, here is how Man United could line up for this meeting with the Eredivisie side. 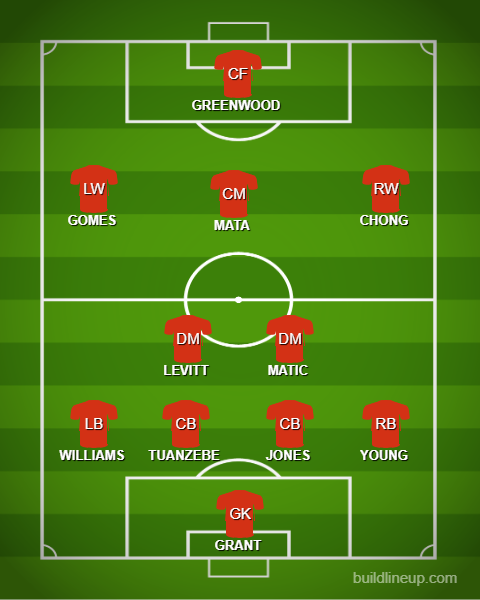 If there is any game to bring Nemanja Matic back into the fold, this is the one. Sidelined since before the October international break with a groin issue, Solskjaer has noted that the player is close to returning to the pitch.

Alongside Dylan Levitt, who was impressive against Astana, the duo would create a nice balance of stability coupled with forward momentum, laying the platform for that young attacking quartet to make inroads when they enter the final third.

Even if this game is inconsequential, a poor performance would feel like United taking a step back after what has been a monumentally important week for Solskjaer.