Manchester United will round off the Europa League group stages with a game against AZ Alkmaar at Old Trafford on Thursday.

Ole Gunnar Solskjaer‘s side are already through to the knockout phases and will finish as group winners if they manage to avoid defeat to the Eredivisie side.

The Norwegian has confirmed that Nemanja Matic and Phil Jones are fit, although this game comes too soon for Paul Pogba.

With that in mind, here is how we think United will line up for the game against AZ. 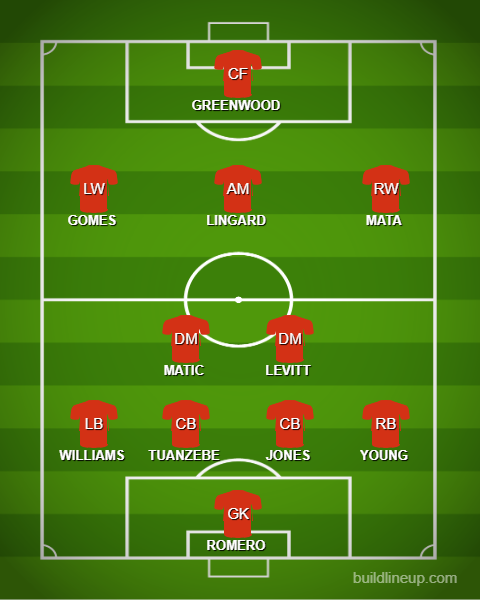 Matic looks certain to feature as Solskjaer looks to give the player some minutes on the pitch, and you hope that the same goes for Dylan Levitt, who was so impressive during the defeat to Astana when placed in a team full of youngsters.

Further forward, Mason Greenwood wholeheartedly deserves a chance to add his fourth senior goal for United by assuming the number nine role, while Jesse Lingard and Juan Mata look to provide some maturity to the team’s play in the final third.