With widespread reports claiming that Manchester United are closing in on Erling Braut Haaland’s signature, we ask: where would he fit into the first team line-up?

Unlike the rest of United’s forward players, Haaland is an out-and-out striker, so it is unlikely that Olé Gunnar Solskjaer will expect him to play in any position other than centre forward. This means finding a new role for Anthony Martial or dropping him to the bench.

One option would be for Martial to play in the number 10 position ‘in the hole’ behind Haaland. However, with Paul Pogba returning to the side, this would see either Fred or Scott McTominay losing his place in the starting XI. 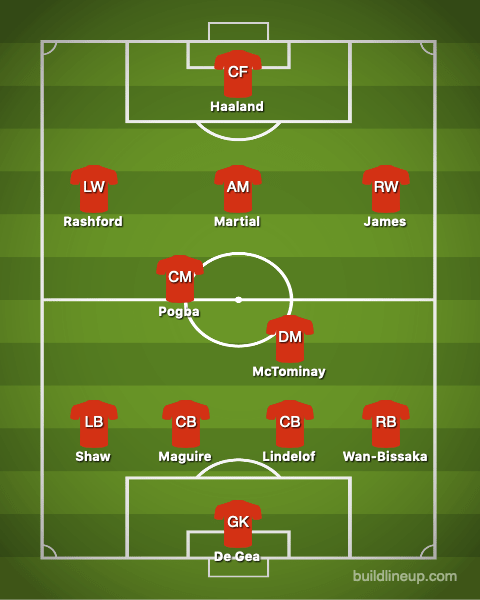 Another option would be for Pogba to assume a slightly deeper number 8-10 role, with Martial, Rashford and James being rotated in the two wide positions. This is the more likely option, with whichever player who is rested being able also to come on for Haaland or even alongside him in a 4-4-2 if United are chasing the game. 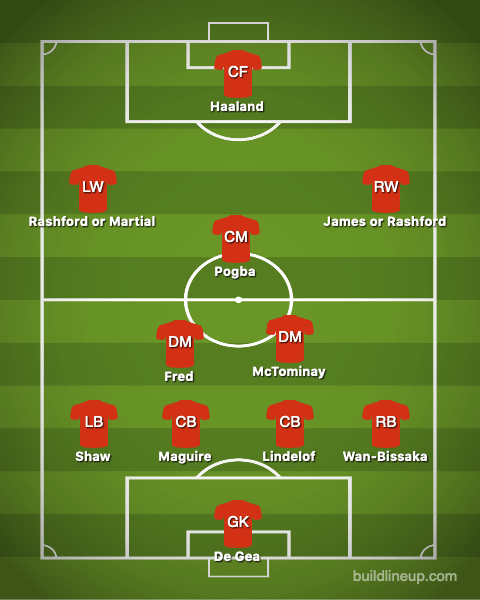 With Mason Greenwood also in contention for a first team place, the manager will have plenty of exciting attacking options at his disposal in the second half of the season if the Salzburg man signs for the Red Devils in the January transfer window.