After another disappointing performance against Everton, the Reds will be hoping to bounce back with an emphatic win against League Two minnows Colchester United.

It is unlikely that Ole Gunnar Solskjaer will be fielding eight youngsters as he did against Astana recently because United absolutely cannot afford any slip-ups. At the same time, with a tricky away fixture at Watford on Sunday, the manager will want to rest some of the more important players.

Solskjaer indicated at the pre-match press conference that Diogo Dalot is available for selection after a long layoff, but it is still too soon for Paul Pogba and Marcos Rojo.

Angel Gomes was a surprise omission from the AZ Alkmaar squad amidst rumours that he may be leaving Old Trafford.

Youngsters such as Tahith Chong, Ethan Laird, Di’Shon Bernard and Largie Ramazani are unlikely to get starts as they played for the U23 side on Monday night. However, James Garner and Dylan Levitt did not play on Monday, suggesting they may get another chance to impress in central midfield. Another absentee was D’Mani Mellor, so there could be a surprise full debut for the 19-year-old.

It’s also possible that the manager will give more minutes to Nemanja Matic, but unless he were to split the Garner/Levitt partnership up that would require a change in formation.

Mason Greenwood should lead the line after another great performance coming off the bench against Everton. 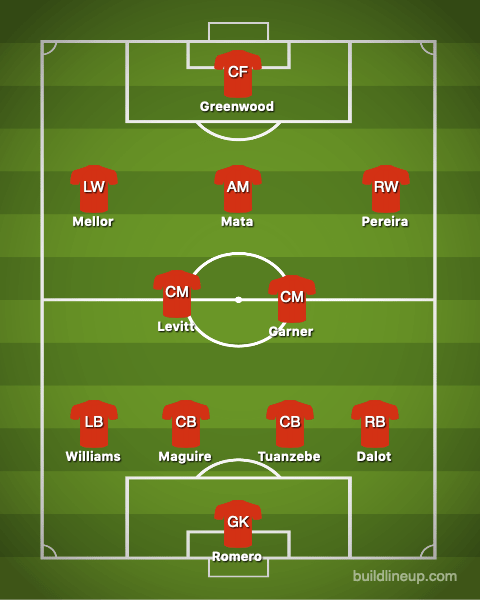 Four reasons to keep the faith despite Man...