Home » Are Manchester United about to sell Paul Pogba, or not?

Are Manchester United about to sell Paul Pogba, or not? 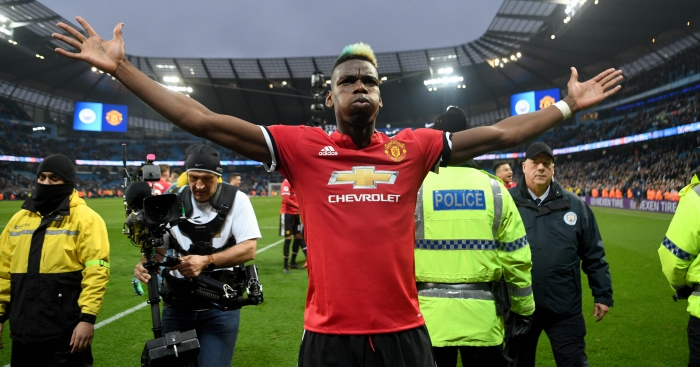 ‘He’s not getting sold in January, no.’

Olé Gunnar Solskjaer could not have been any clearer at today’s press conference when asked about the future of his star player.

And yet this denial came on the day that The Express reported that United have actually set an asking price of £150 million for the mercurial midfielder.

Meanwhile, in an interview with The Telegraph, Pogba’s agent Mino Raiola said that the player ‘wants to stay and win prizes … but the club needs to support the midfielder more’.

At first glance Raiola’s words seemed to confirm Solskjaer’s statement, but then came the stinger: ‘[Pogba] would not push for a move and go against the United manager … There was an interest from Real Madrid [last summer] but they didn’t let him go, and I’m sorry because I think that Paul being French then Zidane is an important factor in French football history.’

The fact is that Solskjaer looks patently uncomfortable and embarrassed every time he is asked when Pogba is going to return to the side. Nobody seems to understand why the player’s recovery from an ankle injury is taking so long, nor why he is still not yet back in full training. The press keep asking, and Olé keeps fudging. The rumour that he’s played his last game for Manchester United refuses to go away.

So, how categorical was the manager’s statement that Pogba would not be sold? ‘There’s always a chance of it [a player leaving in January]’ conceded the Norwegian, while not talking about Pogba specifically. ‘I can say with 99.9% they won’t go, but there’s always a chance that teams will come and be interesting in some of ours.’