Manchester United can make Burnley the first team to feel the effects of a fully released Paul Pogba if they play with the following starting eleven.

Ole Gunnar Solskjaer‘s men are, as always, in desperate need of all three points against their hosts if they are to keep their hopes of a top four spot alive.

In fact, if United don’t want to tumble down the table either, they need a victory as a draw won’t be enough to save them.

Back to back wins and a run of consistency is also what fans have been calling for as Solskjaer has been unable to extract that from his players so far.

Too often the Red Devils destroy one team one week, only to lose to another the next week and there will be mayhem if they drop points vs Burnley. 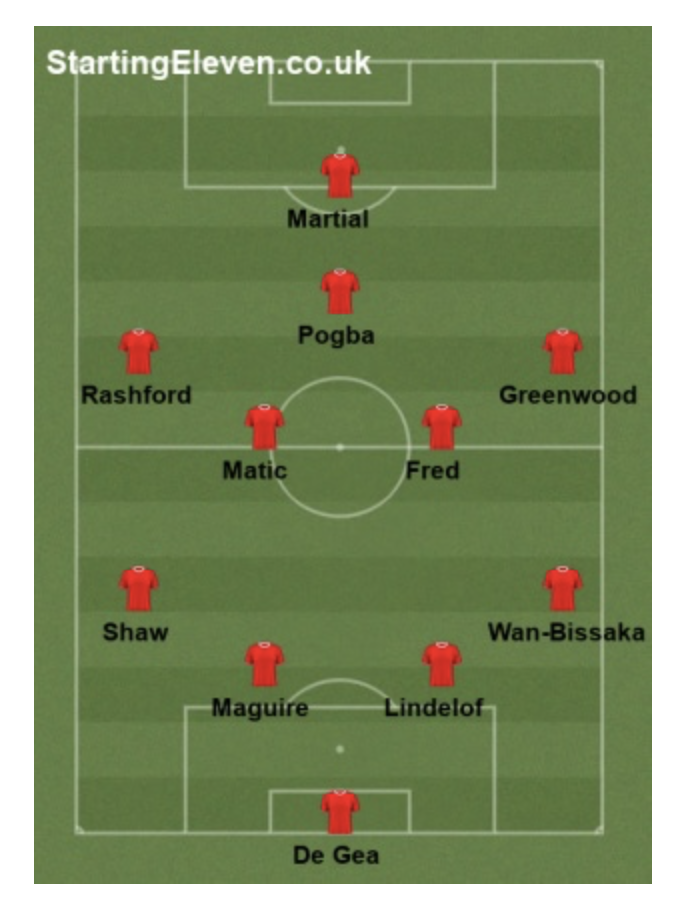 Nemanja Matic isn’t a popular figure amongst fans due to his lack of mobility and pace but with Pogba ahead of him and the devastating front three as well, it should be plenty of movement ahead.

The Serbian can be tasked to just sit in front of his defenders to provide cover and protection as well as allowing Fred to burst forward from midfield.

Manchester United fans have seen plenty of Pogba in a midfield role and defensive midfield role but not enough as an attacking midfielder.

If Solskjaer can unlock the world class Frenchman, it’ll likely be the end to much of his woes.