Manchester United are set to travel to London as they take on Mikel Arteta’s Arsenal who themselves are looking to turn around their recent form.

Ole Gunnar Solskjaer‘s men beat Manchester City and Tottenham in back to back fixtures but then went on to draw to Everton and lose to Watford.

Thankfully they bounced back with wins against Newcastle and Burnley but now no one is sure which United will turn up vs the Gunners.

Solskjaer has to sort out his side’s inconsistency issues if they’re to have a successful season but there are other problems as well.

The Red Devils lack of creativity could prove to be their own undoing with Arteta attempting to turn Arsenal into a more solid side. 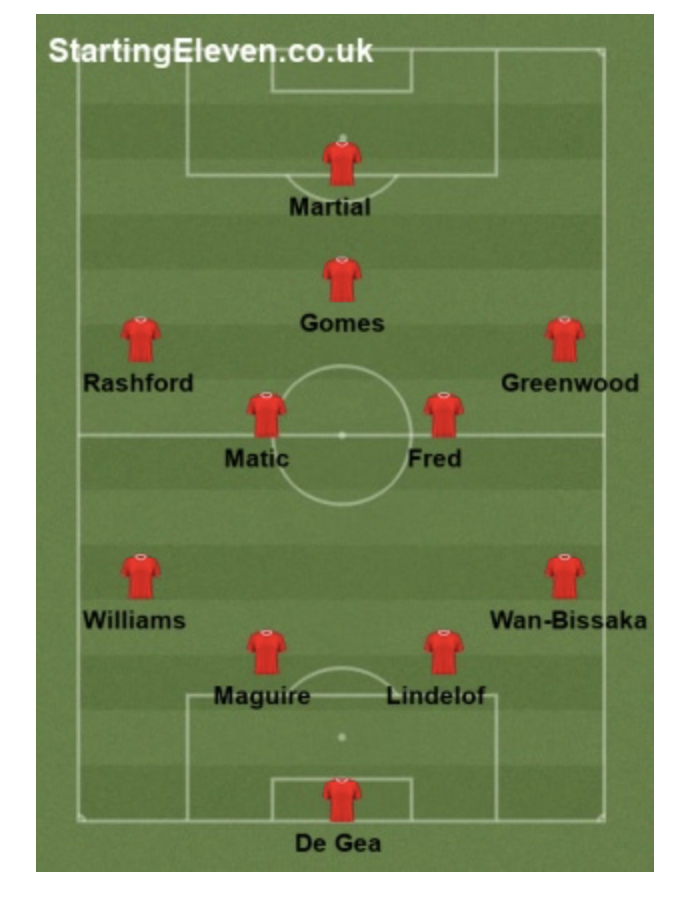 To solve that problem, Solskjaer may be tempted to turn to Angel Gomes who has hardly featured for the first-team this season.

Jesse Lingard, Andreas Pereira and Juan Mata have all had their chances in the attacking-midfield position and it’s safe to say none of them have really made a claim for it.

It’s time for Gomes to be given a shot and perhaps the minutes he would get would convince him to remain at Manchester United given how his contract runs out in the summer.