The signs are ominous for Manchester United as they travel to face Wolverhampton Wanderers in the FA Cup third round on Saturday.

Ole Gunnar Solskjaer‘s side lost there twice last season, both times in remarkably the same way, and failed to beat them in August when the hosts were quite frankly poor.

Add into the mix the fact that Paul Pogba and Scott McTominay are injured, along with Anthony Martial having an illness, and the landscape seems predictable, bleak, concerning.

This is what Solskjaer is likely to put out when United meet the Midlands side. 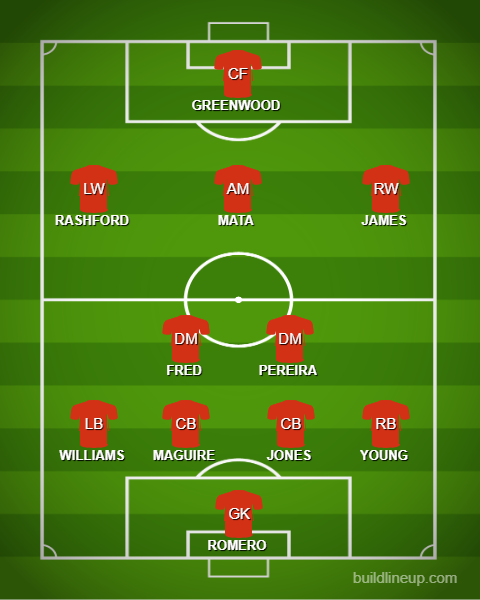 Of course, United could get their way, scoring first and feeling a sense of comfort in a game that Wolves will not be as desperate to win as they were for March’s quarter-final.

But take a look at that midfield duo of Fred and Andreas Pereira and ask yourself: what do I feel? You feel scared, don’t you? Worried at the lack of control and forward propulsion. Worried at the idea of Ruben Neves, Joao Moutinho and Leander Dendoncker outrunning and outpassing their opposite numbers, all against the backdrop of that inexplicably nasty Molineux. It’s a worrying feeling – one similar to how I felt when United played Blackburn Rovers circa 2007.

I may be wrong, but the signs to me, and many others, are not good ones at all.