Manchester United are in negotiations to sign Lille midfielder Boubakary Soumare, according to a number of reports in the British and French press.

The 20-year-old has been in fine form in the Ligue 1 this season and has made 26 appearances across all competitions.

His performances have attracted a number of suitors, including Chelsea, Real Madrid, Spurs, Arsenal, Napoli and Valencia. 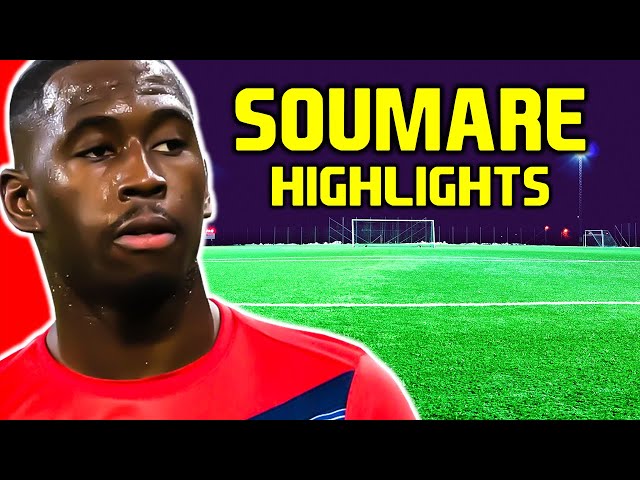 Wolves are also chasing the Frenchman and had a £34 million bid rejected some months ago, with the French club holding out for a figure of around £50 million.

According to L’Equipe via getfootballnewsfrance.com, les Dogues have now received bids from six different clubs for the defensive midfielder, with speculation mounting that the Red Devils are amongst them.

And Sky Sports are also reporting that United are one of several clubs chasing Soumaré, claiming that ‘a deal could be done in the next week to 10 days, although Lille would prefer to keep him until after their Ligue 1 home game against PSG on January 26 if they can.’

Renato Sanches’ fine form for Lille has softened the club’s stance on a January exit for Soumaré, although coach Christophe Galtier would still prefer a deal in which the player is loaned back to the club until the end of the season. This could potentially work against the Red Devils in negotiations, as they urgently need midfield reinforcements immediately due to the injuries to Scott McTominay and Paul Pogba.

Soumaré is believed to be keen on a move to the Premier League and Old Trafford in particular. It would therefore seem to be a deal that the Manchester United board has a very good chance of getting over the line in the January window.