As things stand, Manchester United only have one fit defender – Victor Lindelof – available for Saturday’s meeting with Norwich City in the Premier League.

Harry Maguire has a torn hip muscle but could return, while Phil Jones injured himself in true Phil Jones fashion against Manchester City.

Eric Bailly, Axel Tuanzebe, Timothy Fosu-Mensah and Marcos Rojo have all been injured for a while, while Chris Smalling is on loan to Roma.

As such, here is what a starting XI against Norwich could end up looking like, with Jesse Lingard absolutely nowhere to be seen, thank you. 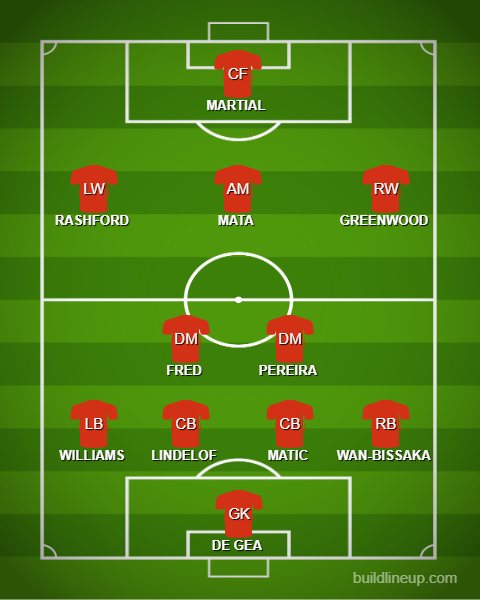 Matic in central defence could actually make a great deal of sense.

In his previous few games, the Serbian’s passing has been crisp, progressive, almost Michael Carrick like, with his locomotion rather slow but in a guided, calm kind of way, allowing others further forward to find space.

At the back, he would be able to carry the ball into midfield, encouraging those ahead of him to not drop deep looking for the ball but actually look in behind – the key to any successful piece of attacking football if you’re not Louis van Gaal.

It would be a makeshift option, but it could, just maybe, serve as a very good solution to United’s current predicament.