Manchester United are set to face off against a stubborn Wolves side in the FA Cup third round replay tomorrow evening with Ole Gunnar Solskjaer‘s job increasingly under pressure.

The legendary Norwegian can relieve a huge chunk of that pressure by securing a trophy in an otherwise underwhelming season.

It’s for this reason that United can’t afford to get knocked out of the FA Cup even if it is against a respectable and talented Wolves team.

Solskjaer will likely and almost definitely should start a strong eleven to beat their Premier League opponents and advance to the next round.

However, there is a little wiggle room for Solskjaer to rest players or experiment in order to ensure they enjoy success in the Premier League as well. 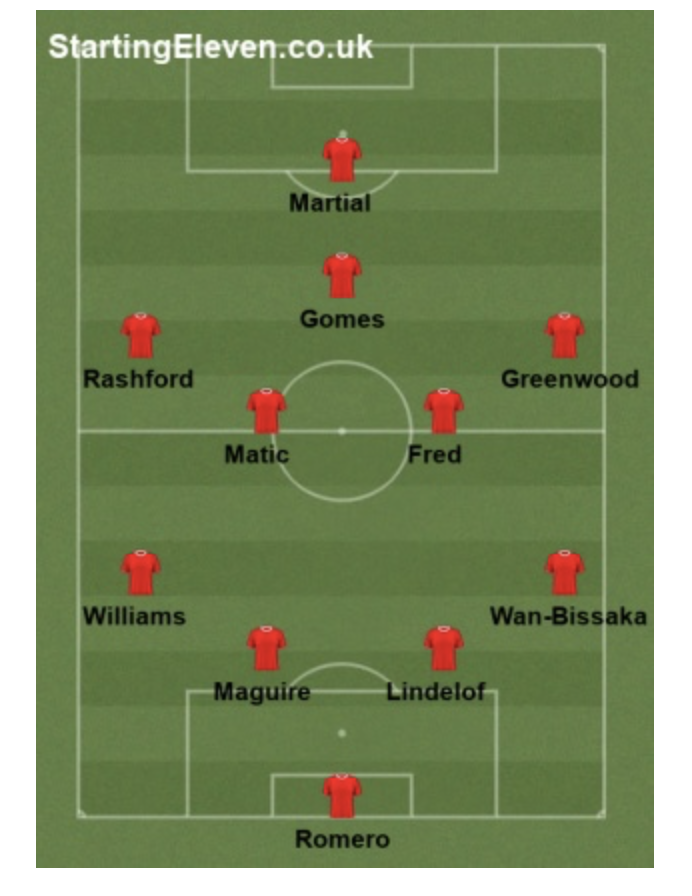 Mason Greenwood should continue to receive every minute available in the cup competitions, particularly since he’s been so impressive so far.

Angel Gomes showed some neat touches of play when he came on as a substitute in Manchester United’s last game so it may be time for him to start in his preferred position to show what he can do.

Solskjaer has struggled in the attacking-midfield position all season long so there’s no reason not to start his young playmaker.

Fred and Nemanja Matic are not the most exciting midfield in the world but they’ve shown to be solid in the defensive third which can be the base on which to build the attack.

Brandon Williams has rightfully blown everyone away and it would’ve been good to rest him in this match but unfortunately Luke Shaw felt his hamstring in the warm-up last time out and Ashley Young is unavailable amid news of a potential transfer away.