Andreas Pereira has become the unlikely key to Bruno Fernandes’ transfer to Manchester United, according to Portuguese outlet A Bola. 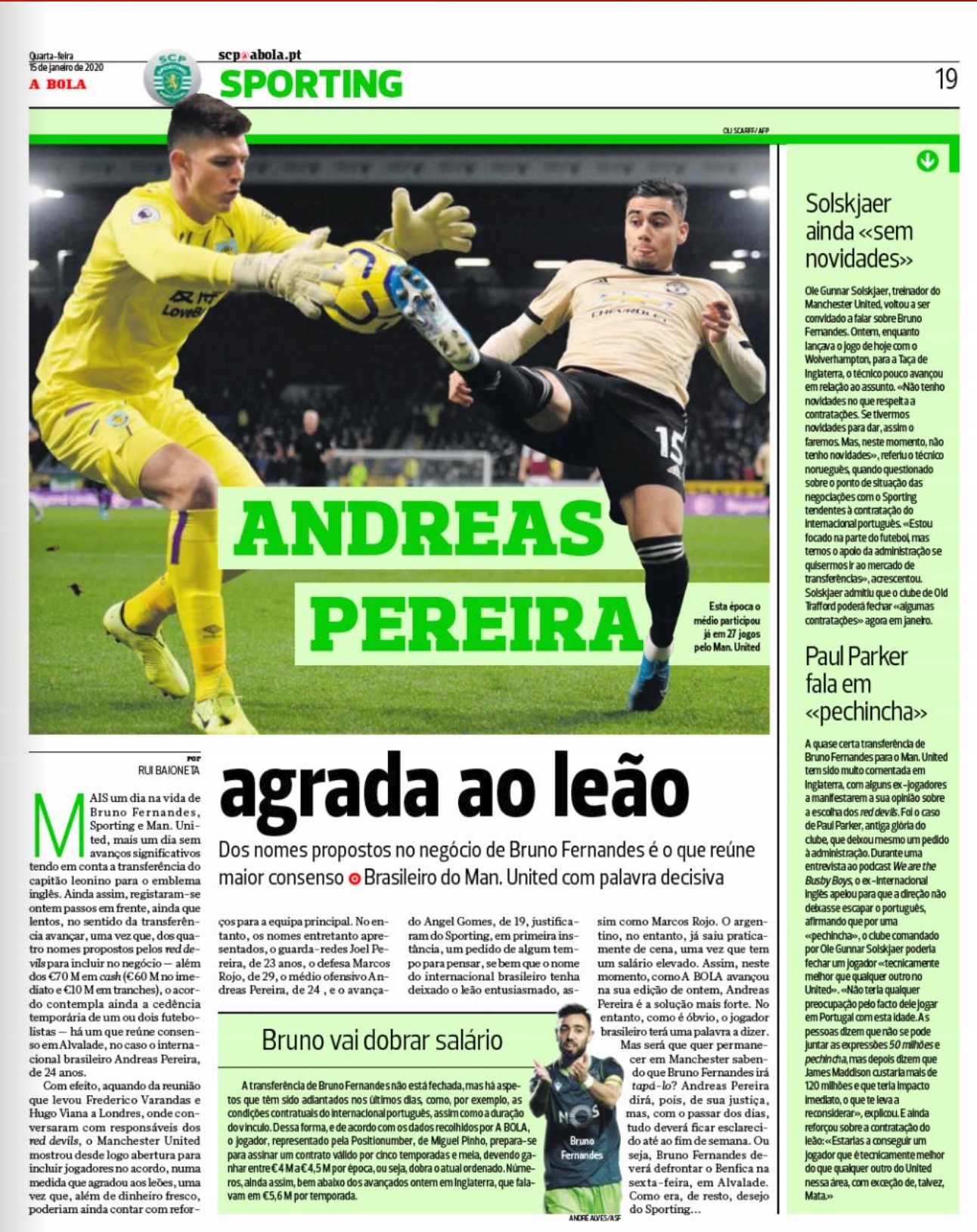 It has been widely reported that the deal to bring the 25-year-old Fernandes to Old Trafford is valued at £60 million plus up to £10 million and a player on loan to the end of the season.

Of the four named players – Marcos Rojo, Joel Pereira, Angel Gomes and Andreas Pereira – only Pereira’s name remains as a possible option. Rojo is believed to prefer a transfer to Fenerbahçe, Gomes is not keen on the move and Sporting are not interested in taking Joel Pereira.

‘Would [Andreas Pereira] want to stay in Manchester knowing that Bruno Fernandes will take his place?’ muses A Bola.

The delay to the Fernandes transfer while the Brazilian reportedly considers the move is music to the ears of Sporting fans, who want to see their star play one last time for the club in the Lisbon derby on Friday.

Whilst the story of Andreas’ swap deal is being widely reported, it makes little sense that Olé Gunnar Solskjaer would allow another attacking midfield option to leave when it is the very position he is trying to strengthen. With the ongoing injuries to Paul Pogba and Scott McTominay and the abject form of Jesse Lingard, Pereira has become an important part of Solskjaer’s side and has already played 27 times this season.

Whilst Fernandes should clearly be an upgrade on Pereira, the fact remains that the Portuguese is untried in the Premier League and may take time to settle. Furthermore, if he and/or Fred are injured, it would once again leave the Red Devils incapable of fielding a single attacking central midfielder with any experience.

Pereira will also feel that he has staked a strong claim this season to be a regular squad member at the very least, having clearly overtaken Lingard in the pecking order. Moreover, after successful loans spells in Spain’s La Liga with clubs such as Valencia in previous seasons, he would surely see a loan to a Portuguese side as something of a come-down at this stage in his career.

For these reasons, it seems to us that despite the reports, it is highly unlikely that such a loan arrangement will be included in any eventual Fernandes transfer.