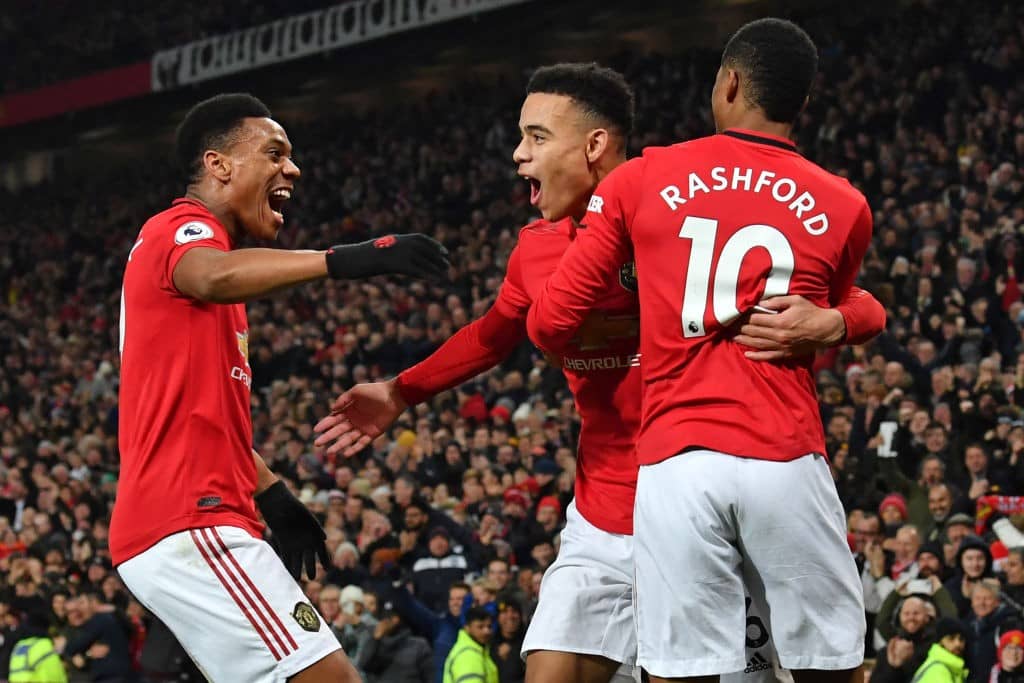 Mo Salah, Roberto Firmino and Sadio Mane, Liverpool’s first choice forward line, are considered among the best in the world.

The trio have fired in an incredible 38 goals so far in a season which sees Liverpool unbeaten in the league and having dropped only two points throughout the campaign.

However, impressive as this statistic is, there is a trio in the Premier League who can go one better – Marcus Rashford, Anthony Martial and Mason Greenwood of Manchester United.

Rashford has scored 19 goals this season, Martial 11 and Greenwood 9, as noted in The Athletic.

Rashford’s injury certainly changes the paradigm for United this weekend but they are still a good bet to score at Anfield on the counter, with this William Hill promo code a good starting point to betting on the game this weekend.

As The Athletic notes, the statistic certainly doesn’t suggest that the United trio work better as a unit than their Merseyside counterparts. It does, however, suggest that there is potentially vastly superior finishing power in the Red Devils’ line-up.

Nobody will question that Liverpool have the better front 3 and that makes this even more impressive. Yes, United play in the Europa instead of the Champions League but we've also got absolutely no midfield behind them. If we did…really exciting prospect. https://t.co/2Zxe4VjYcn

Liverpool, whom the Red Devils face at Anfield on Sunday, have a vastly superior defence and their full backs have created more than double the number of chances this season than have United’s (59 vs. 27).

However, what is notable about the superior goals statistic is that Rashford and co. have achieved the feat in a troubled season in which United have struggled to find any consistency. They have also achieved it during a midfield crisis that has left the Reds unable to field a single experienced creative midfielder for weeks at a time.

Imagine, then, what the three forwards could do with the likes of a fully fit Paul Pogba and a new signing such as Bruno Fernandes pinging through classy passes and through balls.

It is a mouth-watering prospect for Manchester United fans.