The path is now clear for Manchester United to sign Sporting Lisbon’s Bruno Fernandes after the Lions agreed a deal for the 25-year-old’s replacement.

According to Portuguese outlet Record, Sporting have lined up Slovan Bratislava’s Andraz Sporar in a €7 million (£6 million) deal plus add-ons.

Sporar, who was also being chased by Celtic, is a centre forward and therefore not a like-for-like replacement for the departing Fernandes.

However, the Lisbon-based club have serious debt problems and would be unable to fund such a transfer without the money they would receive from the Fernandes sale. 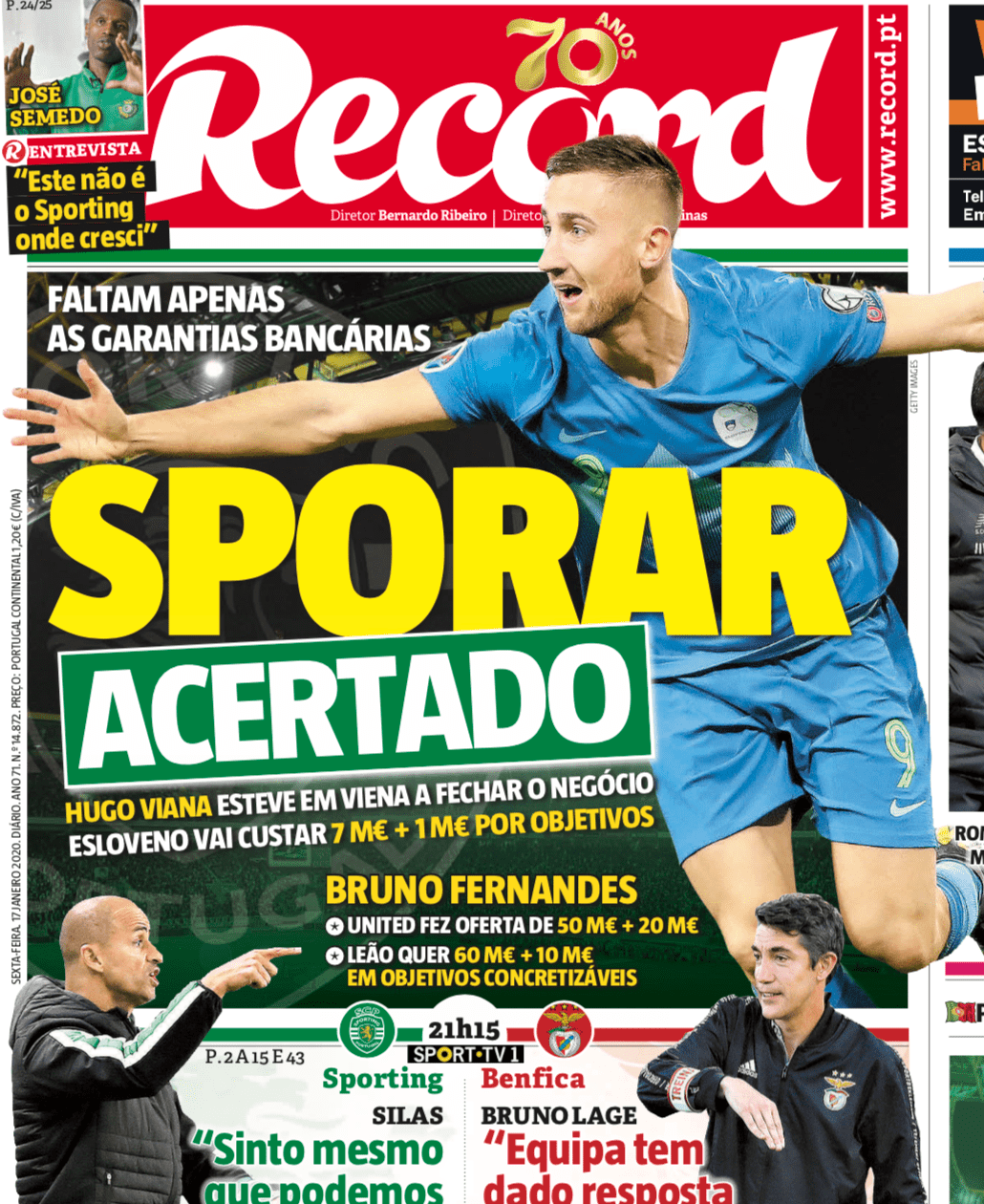 The fact that Sporting’s director of football Hugo Viana is in Vienna concluding negotiations to bring the Slovenian to the Alvalade must therefore mean that Bruno’s transfer to United is to all intents and purposes assured.

The Red Devils are desperately in need of midfield reinforcements this January, especially after the long-term injuries to Scott McTominay and Paul Pogba.

And former United star Louis Saha told The MEN yesterday that the Portuguese playmaker ‘looks like a leader which is exactly what the team needs’.

Fernandes is expected to play his last game for the Lions tonight in the Lisbon derby against Benfica.