When you just thought the Bruno Fernandes saga couldn’t get any worse, Correio de Manha have thrown Manchester United a huge curve ball, reporting that Manchester City have joined the race to sign the talented midfielder.

The outlet reports that City are prepared to offer €100 million (£85 million) to sign the 25-year-old from Sporting Lisbon at the end of the season. 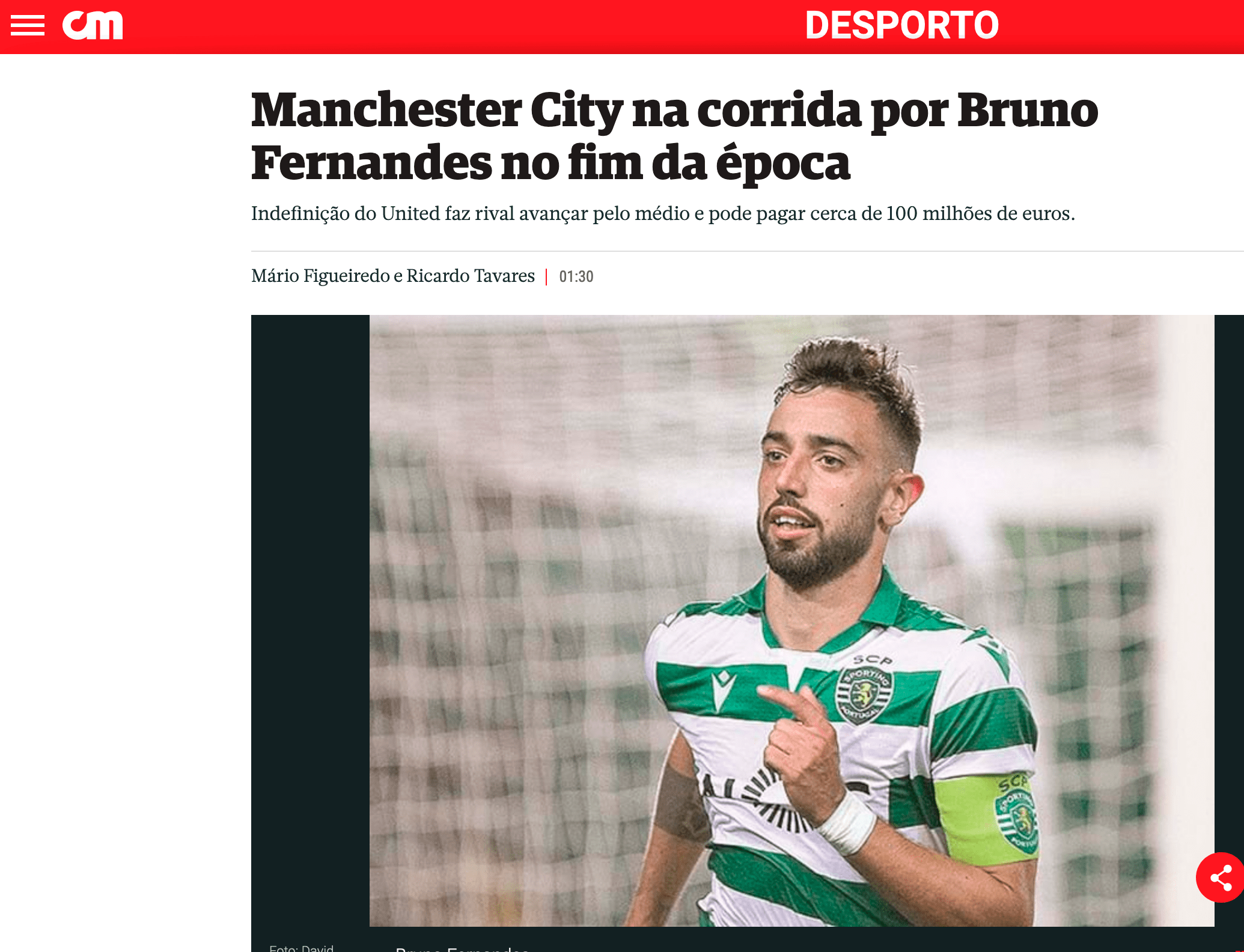 If true, this would represent a far better deal for Sporting than anything the Red Devils have put on the table. Not only is it a much higher figure, but it would allow the Lions to keep their star player and captain for the rest of this campaign.

It could also potentially be a much more attractive proposition for Fernandes, who would almost certainly be guaranteed Champions League football and the chance to play under Pep Guardiola.

The Citizens can also use the prospect of lining up along side fellow countryman Bernado Silva and world class players such as Kevin de Bruyne and Sergio Aguero as bait to lure the Portuguese star.

This could of course be fake news, put out either by Sporting to put pressure on United to accede to their demands, by Fernandes’ agent to raise the stakes, or simply by the Portuguese paper itself to sell copy. However, with David Silva now 34 years old, it would certainly be a very logical move for City to strengthen their own squad with one of the world’s best midfielders, whilst at the same time cocking a snook at their neighbours and rivals.