Sporting Lisbon have slapped a take-it-or-leave it price on the head of their star player Bruno Fernandes, according to Portuguese outlet Record this morning.

While rival paper Correio de Manha are reporting that Manchester City are set to offer €100 million (£85m) for the player, Record are focussing on the ongoing negotiations between the Lions and Manchester United. 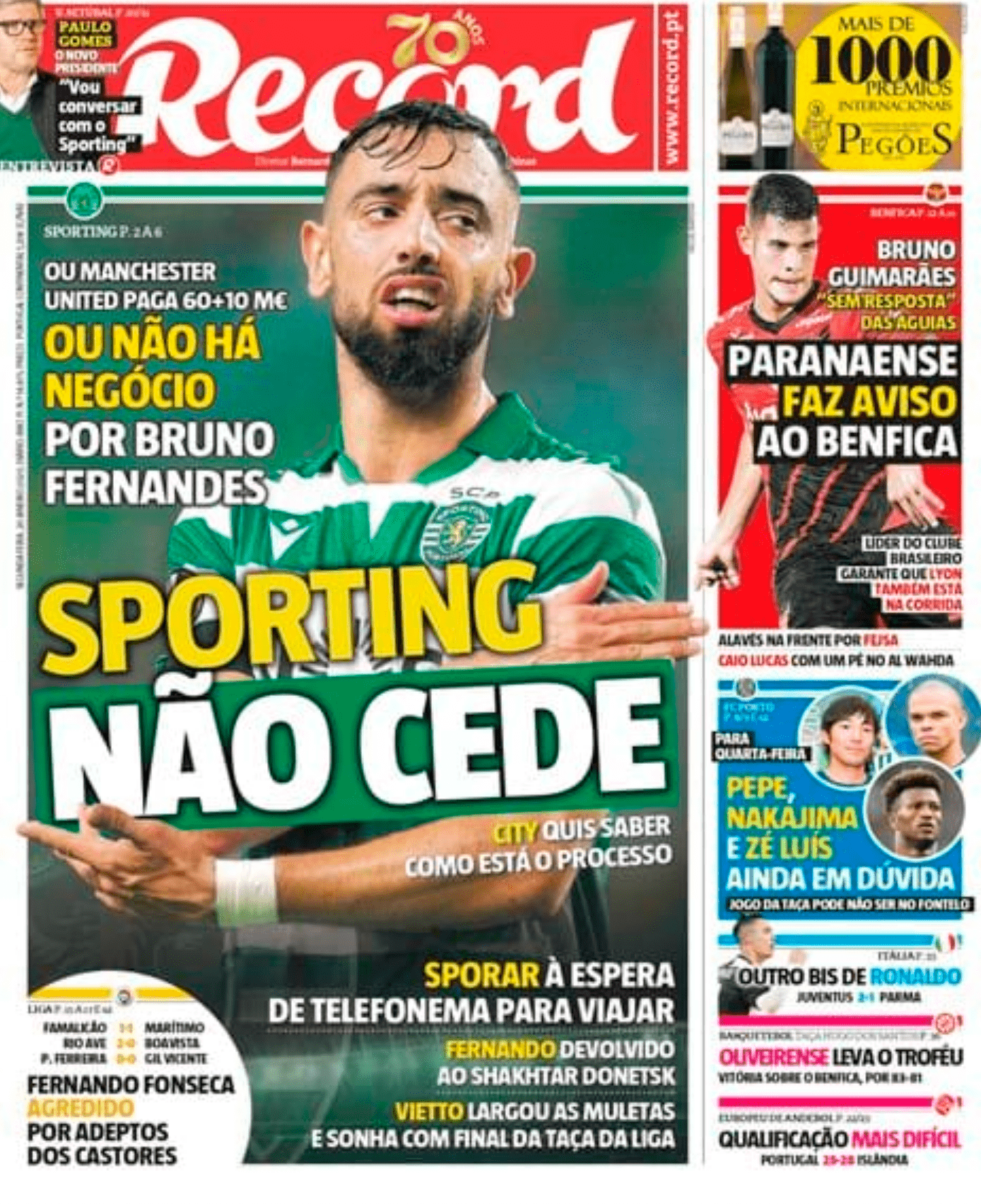 The outlet have been the front runners with Bruno Fernandes transfer news throughout this transfer window so far and are once again claiming to have the inside track on developments at the Alvalade.

United are believed to be close to the figure, having met the €60 million figure but only offering €5 million (£4.27m) in add-ons. But Sporting have now made it clear they will walk away from negotiations if their figure is not met. ‘‘As was the case last summer, Sporting are inflexible in the Bruno Fernandes negotiations … the club has been in constant contact with the Red Devils, as happened yesterday, and when confronted with the various attempts from the English club to strike an agreement, the response has invariably been “no”‘.

Many articles in the weekend papers read more like PR releases from United than independent pieces, reporting the club’s threats to walk away from negotiations if Sporting refuse to lower their price. This report from Record, equally, could almost be Sporting’s PR release in response to the Red Devils, and it is a clear one: it’s €60 million plus €10 million: take it or leave it.

As far as Correio de Manha’s claims that City have joined the race, Record simply report that they have asked to be informed of progress and about Sporting’s asking price for the player.