Whilst there are numerous conflicting reports in both the Portuguese and English media about what is happening in the Bruno Fernandes transfer saga, the weight of evidence suggests that it is likely to be concluded in the near future.

One of the most telling pieces of evidence has emerged today after several Portuguese sources, including A Bola and Record, claim that Sporting are about to sign Slovan Bratislava’s Andraz Sporar for around €7 million (£6 million), with the player arriving in Lisbon today for his medical and to complete the move. 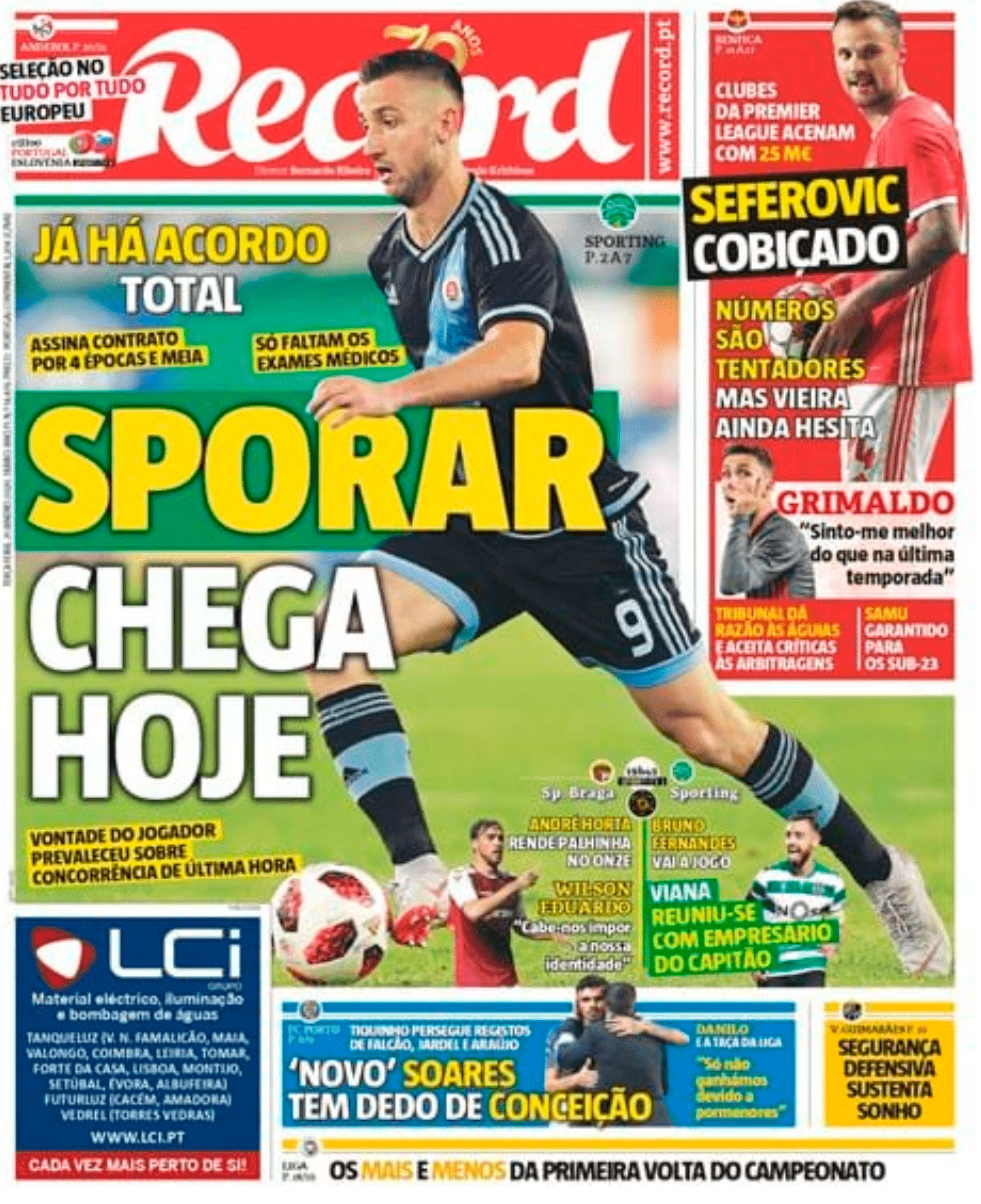 As reported here last week, whilst Sporar is not a like-for-like replacement for Fernandes, the fact is that Sporting’s debt problems are such that it is almost impossible they would be able to raise the funds to buy the Slovenian without selling Fernandes first.

O Jogo has revealed that Sporting need to raise €65 million (£55 million) by the end of January to pay debtors and avoid serious penalties that would come into effect if the debt was not cleared by that date.

The Lisbon club simply do not have the money to buy Sporar.

Back in March 2019, Calciomercato was already reporting that Sporting needed to sell Fernandes to clear their debts, which at the time amounted to a reported €41 million (£35 million). That did not happen in the summer, and the debt has now escalated beyond control.

It is clear to see why both clubs have been intransigent in negotiations – with United’s negotiators knowing how desperately Sporting need to sell the 25-year-old and Sporting desperately needing to reach the magic €65 million mark. But now The Mail claims this morning that the two clubs are set to meet in the middle and agree a fee of €55 million (£47 million) plus bonuses.

Meanwhile, Correio de Manha is reporting that superagent Jorge Mendes is helping Sporting to keep Fernandes until the end of the season, when it has been reported that Manchester City might be willing to pay the player’s full release clause of €100 million (£85 million).

However feasible it might sound, this story does not sit comfortably with the news that Sporting are signing a player in this window. The only way it would be possible would be if a club like City were to buy Fernandes now and loan him back to Sporting for the rest of the season.

The logical conclusion to all this must be that if Sporting do indeed sign the Slovenian striker in the next 48 hours, a deal with somebody, and in all likelihood the Red Devils, would need to be struck in that same 48 hour period.