The English media is reporting that a compromise has finally been reached in Bruno Fernandes’ proposed transfer from Sporting Lisbon to Manchester United, while the Portuguese media seems less certain.

The Mirror is reporting that the deadlock between the two clubs has been broken, with both sides willing to adjust their position by €5 million (£4.27 million) and meet in the middle at €55 million plus €10 million in add-ons (£47 million plus £8.2 million).

The Express is also optimistic, reporting that the Fernandes camp is confident a deal is about to be struck following a breakthrough in negotiations. Their story only differs in regard to the add-ons figure, which they put at €15 million (£12.8 million).

However, Sport Witness reports that the mood in Portugal is very pessimistic, with two leading journalists saying on TVI24 that there has been no progress whatsoever on the transfer.

Fernandes played in Sporting’s disappointing defeat to Braga last night that saw them crash out of the Taça da Liga. The match was an ugly affair with four red cards and the 25-year-old slapped a camera in disgust as he left the pitch at the end of the game.

Meanwhile, Slovenian striker Andraz Sporar landed in Lisbon at 11pm last night to complete a medical ahead of his €7 million transfer to the Lions. This is a fee that the Portuguese club could only conceivably pay by raising funds from the Fernandes transfer. 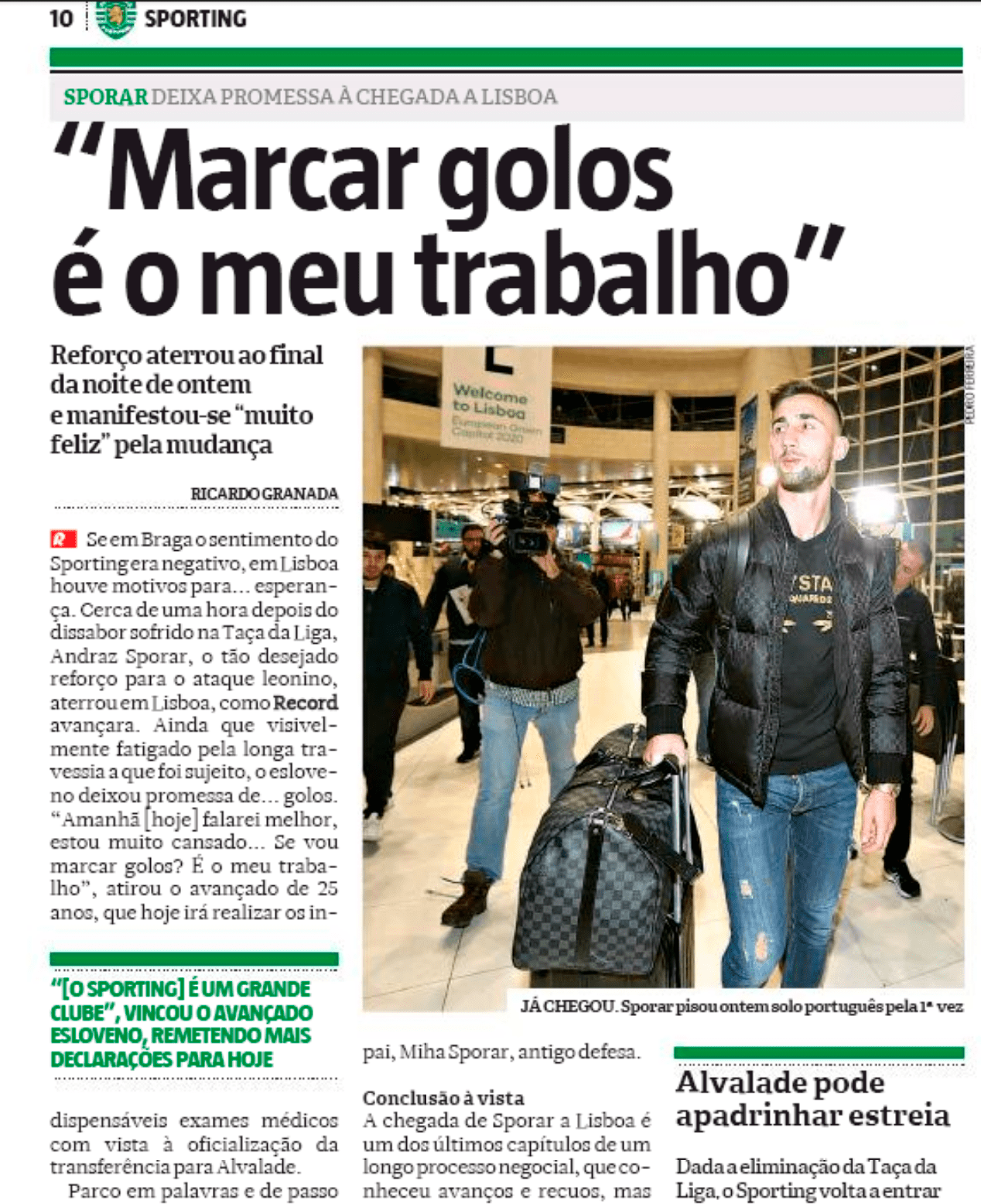 On balance, there is reason for United fans to be optimistic that Fernandes will be heading to Carrington for his own medical in the next 48 hours or so and that there will soon be a happy ending to this painfully drawn-out transfer saga.