Manchester United never seem to be able to do transfers the easy way and the current window has been one of the most frustrating ever.

The saga of Portuguese midfielder Bruno Fernandes‘ proposed transfer from Sporting Lisbon has been one of the most excruciating to follow and with just six days left in the transfer window, it looks set to keep United fans on tenterhooks right until the last minute.

The deal had appeared to be dead in the water, with both clubs unwilling to shift from their negotiating position amidst accusations that United had lowered their bid by €15 million (£12 million) after learning about Sporting’s financial problems.

But just when you thought the pain was finally over, the story has taken another twist.

Portuguese outlet Record are claiming that the Red Devils have in recent hours reopened talks with Sporting Lisbon about the talented midfielder’s transfer. 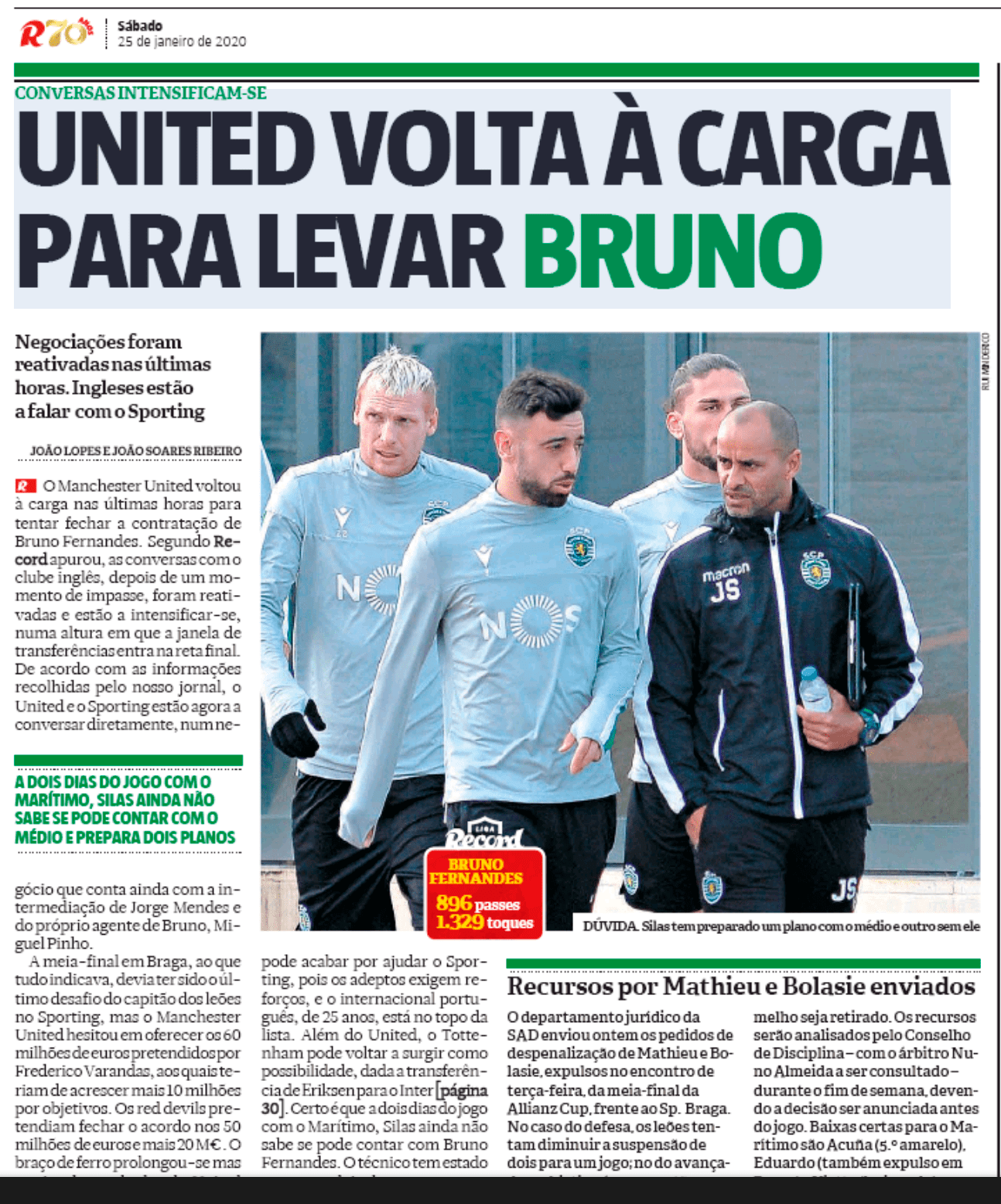 According to the outlet, superagent Jorge Mendes has returned to the fray and will once again act as intermediary as the Red Devils attempt to get the deal over the line before the January window closes.

Despite previous reports that Fernandes will not be available for Sporting’s next match against Maritimo on Monday, Record now reports that Sporting’s head coach Jorge Silas does not know whether or not he can count on his captain’s availability and is preparing two match plans, one that includes the 25-year-old and one that doesn’t.

United fans will be hoping that these new developments do not represent yet another false dawn and that Fernandes will finally be flying in to Carrington for a medical in the coming days.