Manchester United are set to travel to face off against Tranmere in what should be a routine win and how they can keep things interesting is by freshening up the squad.

Ole Gunnar Solskjaer‘s men have so clearly been fatigued for numerous matches now given how injuries have hit an already light squad hard.

United have been stretched thin and have had to play either through injuries or through fatigue so what is meant to be an easy game against Tranmere represents a good chance to give some much-needed rest to some players.

Of course, Solskjaer can’t afford a loss at all but the truth is his players should beat a league 2 outfit with whatever team they put out.

In truth, even if a weakened team potentially loses against Tranmere, the need for rest far outweighs the need for victory given how the Red Devils simply have to prioritise the league. 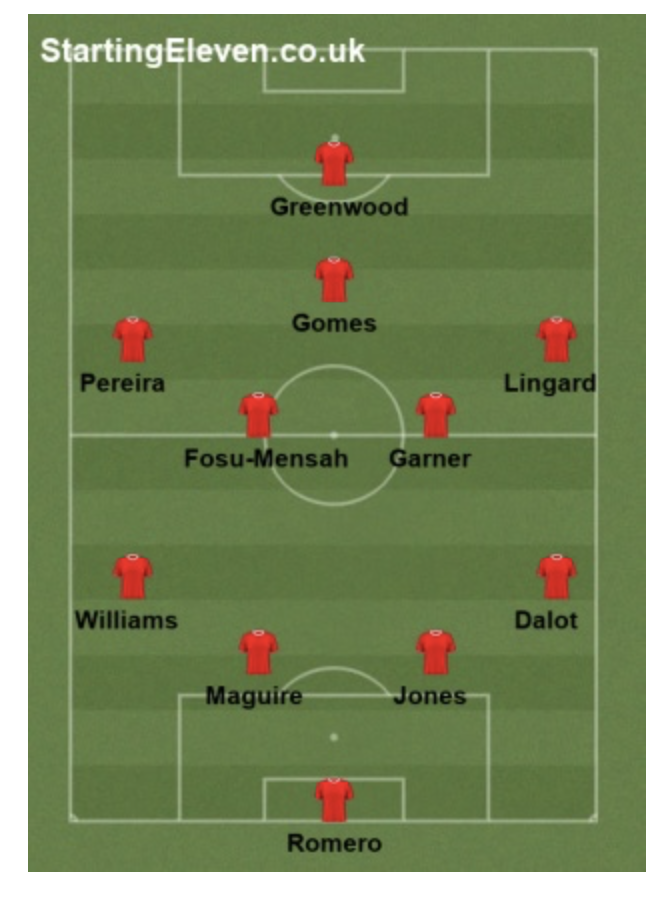 Eric Bailly is in need of some minutes but given his proneness to injury it makes little sense to risk him on Tranmere’s awful pitch so Phil Jones and Harry Maguire continue with Victor Lindelof allowed extra time to recover from his recent illness.

Diogo Dalot would be a welcomed sight and Aaron Wan-Bissaka is well over-due a rest himself while Brandon Williams should keep his place after recent impressive performances.

James Garner has been missing from the starting XI of late and so Tranmere represents the perfect time for him to get more minutes under his belt.

It might be risky playing Timothy Fosu-Mensah but in truth, Nemanja Matic and Fred both desperately need rest and given injuries to Paul Pogba and Scott McTominay, Manchester United can’t afford to lose yet another senior midfielder.

Angel Gomes’ time is well overdue and Andreas Pereira and Jesse Lingard could do with an easy match to regain their form in.