Bruno Fernandes to fly in for Manchester United medical today

Sporting Lisbon’s Bruno Fernandes is on his way to Manchester to complete his £46 million move to Old Trafford.

Portuguese outfit Record, who have been the front runners with the protracted story throughout this transfer window, report that the 25-year-old’s flight is booked for today. 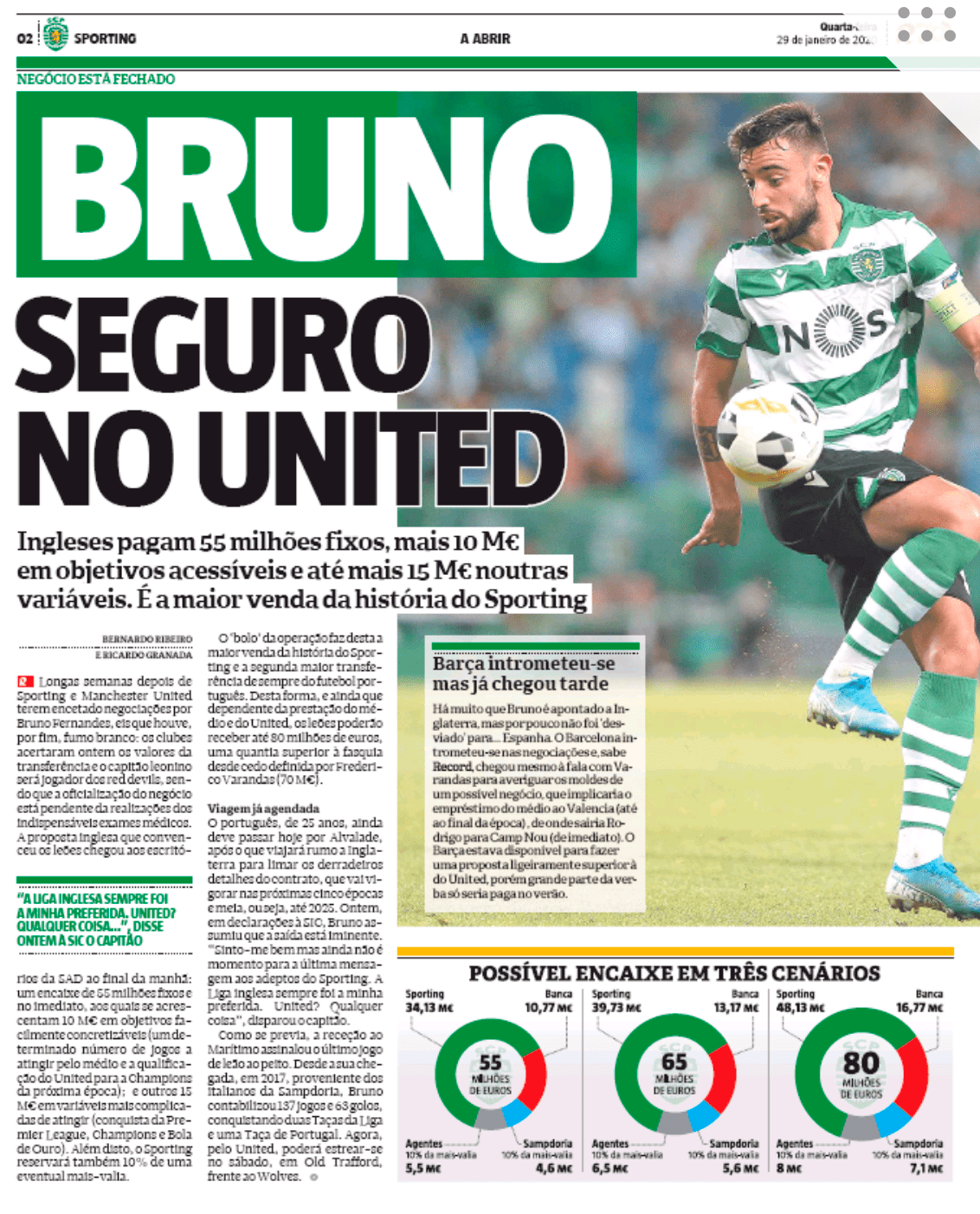 This has been corroborated by renowned journalist Fabrizio Romano, who at 5am GMT this morning tweeted that the player ‘is “ready to fly” today to Manchester with his agent Miguel Pinho. They’ve flight scheduled on next hours’.

Bruno Fernandes is “ready to fly” today to Manchester with his agent Miguel Pinho. They’ve flight scheduled on next hours – the contract until June 2024 is almost ready.

‘Green light’ expected by the two clubs, then the deal will be completed and announced. ???? #MUFC #Bruno

After painfully drawn-out negotiations, the two clubs have agreed a fee of €55 million (£46 million) plus €10 million (£8.4 million) in easily attainable bonuses and €15 million (£12.6 million) in other bonuses, making the deal potentially worth €80 million (£67 million).

Barcelona were reported to have entered the fray at the 11th hour to try to buy the midfielder and then immediately loan him out to Valencia as part of a complicated move to bring striker Rodrigo from the Mestalla. But Fernandes stated that ‘the Premier League was always my favourite’ when asked about the day’s events as he was spotted getting into his car.

If the deal goes through smoothly as expected, the Portuguese international’s first match for the Red Devils will be against Wolves on Saturday.