Sporting Lisbon’s Bruno Fernandes is expected to complete a £67 million move to Manchester United in the next 48 hours. Here, we take a look at how he will fit into the United side, both in the short and long term.

With Paul Pogba, Marcus Rashford and Scott McTominay notable absentees until at least after the winter break, Fernandes will probably take the number 10 role in the 4-2-3-1 formation that Ole Gunnar Solskjaer has used regularly this season.

Whilst his best position is considered to be at number eight, or an advanced eight, the 25-year-old is also extremely effective playing in the hole and so we expect Fred and Nemanja Matic to both keep their places in central midfield, with Andreas Pereira dropping to the bench to make room for the Portuguese international.

This could be how United line-up against Wolves on Saturday if the Fernandes deal goes through: 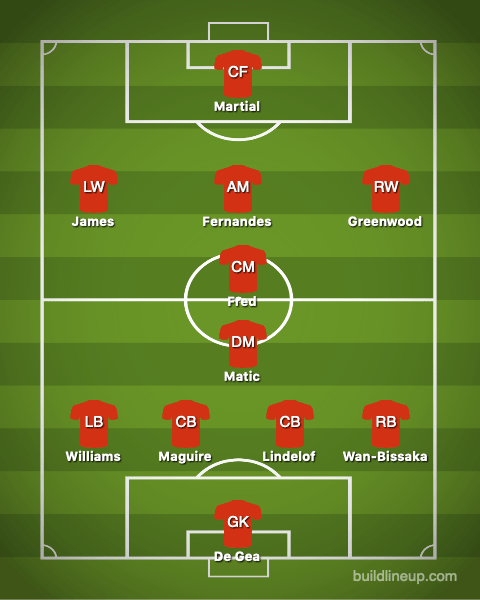 But what about when Pogba, Rashford and McTominay are all fully fit? Here we expect United to switch to a 4-3-3 formation, with Bruno playing in his preferred advanced number 8 role to the right of Pogba, who will play a similar role on the left side of central midfield.

This would then leave a front three comprising Rashford, Anthony Martial and either Dan James or Mason Greenwood.

This leaves a defensive midfield position to fill behind the two more creative players. Fred’s excellent form of late would make him hard to drop, but McTominay is arguably the more natural holding player. It could be, then, that the two would alternate, with McTominay filling the role in tougher away games and Fred adding that extra box-to-box energy on occasions when the defence does not need so much protection.

With the talented Axel Tuanzebe also fit and potentially able to bolster United’s ailing defence, this could be the kind of line-up that the Reds will field later in the season: 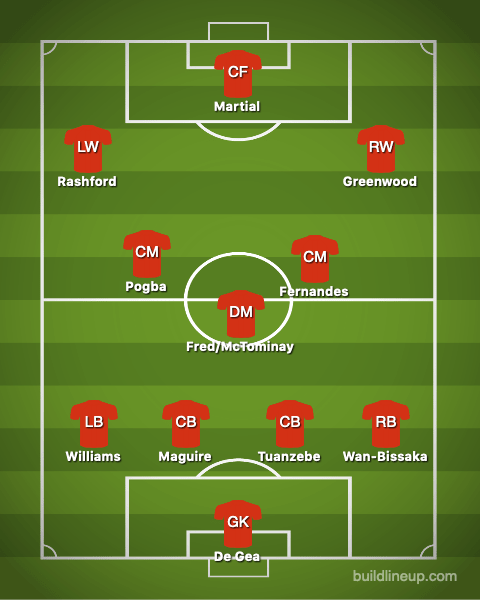