Bruno Fernandes has completed a move from Sporting Lisbon to Manchester United.

The player has been photographed in a United tracksuit alongside his agent, Miguel Pinho. 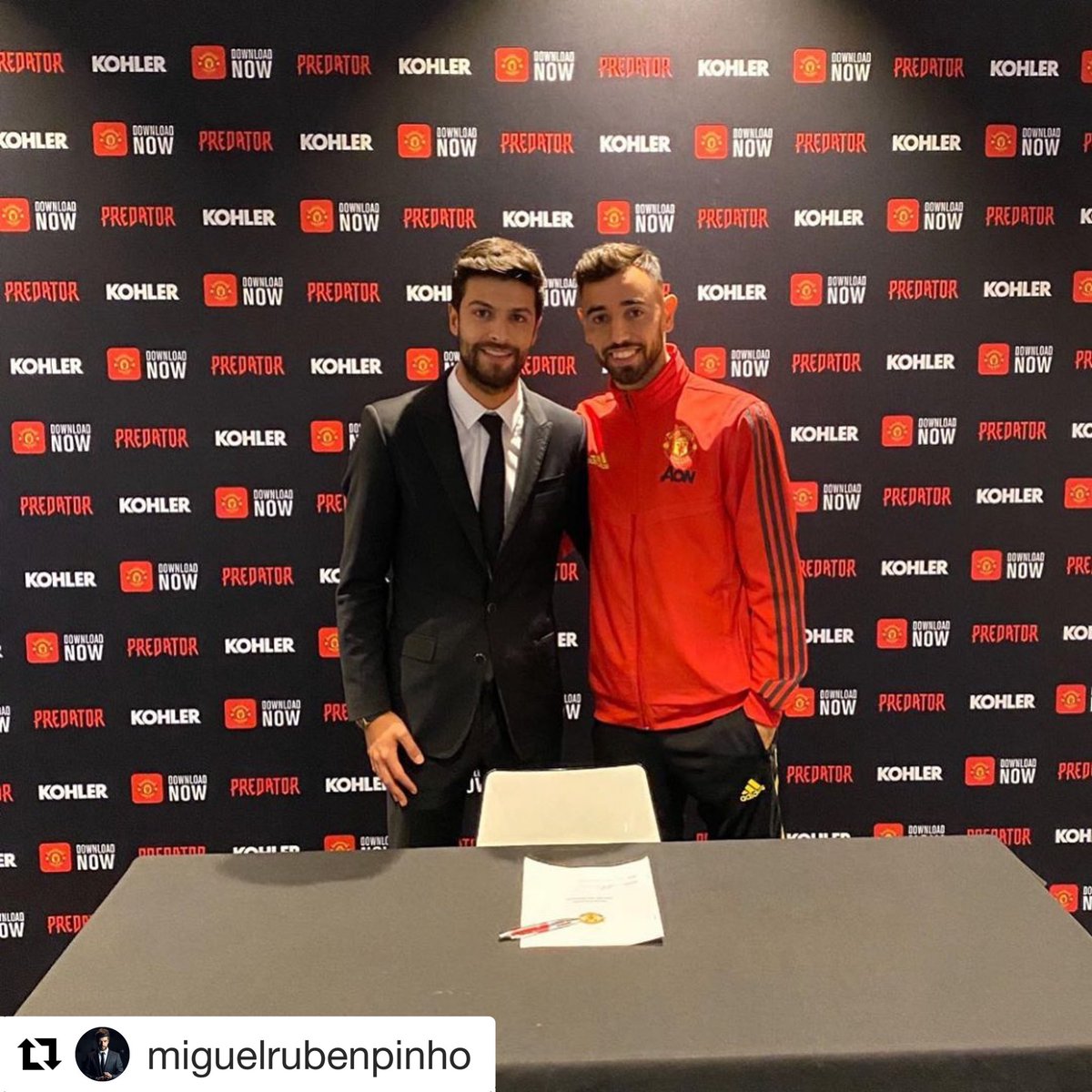 The photo also shows what appears to be his signed contract on a table in front of him.

After painfully drawn-out negotiations, the two clubs have agreed a fee of (£46 million) plus €10 million (£8.4 million) in easily attainable bonuses and €15 million (£12.6 million) in other bonuses, making the deal potentially worth €80 million (£67 million).

An official announcement is expected in the coming hours.

The Portuguese international is expected to make his debut against Wolves on Saturday.