Bruno Fernandes will wear the number 18 shirt at Manchester United.

The Portuguese international has been photographed posing with the shirt by his agent, Miguel Pinho.

The number 18 is an iconic shirt at Old Trafford, having previously been worn by club legend Paul Scholes. 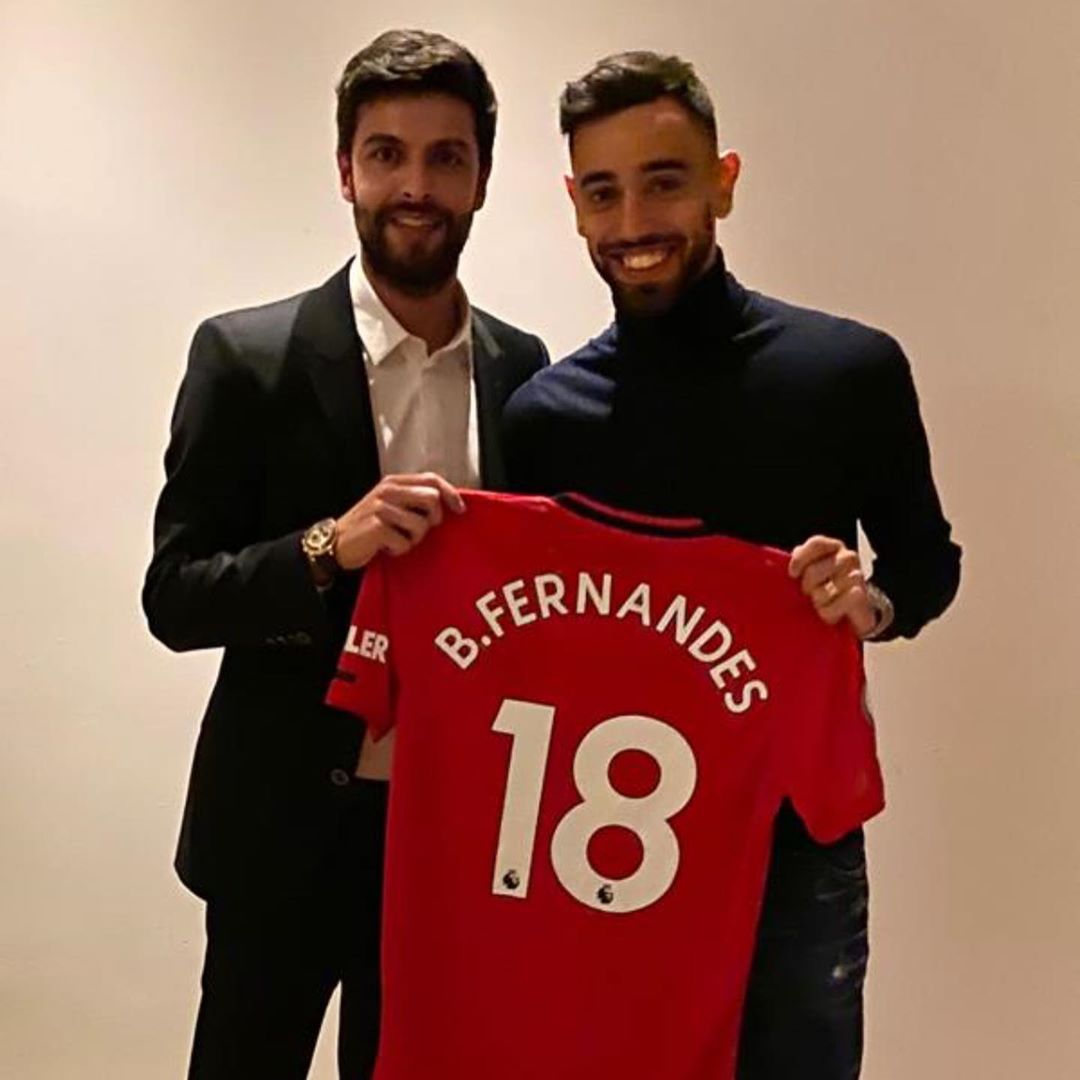 It was recently vacated by Ashley Young, who joined Inter Milan in a £1.28 million move.

Fernandes’ preferred shirt number is eight, which he has always worn honour of his father, who wore the same jersey, and because his birthday is on the 8th September. He has the number 8 tattooed on his right arm. However, with that number taken at Old Trafford by Juan Mata, the number 18 is the obvious alternative.

The 25-year-old and his wife, Ana Pinho have already been made to feel welcome at Old Trafford as the club presented them with a birthday cake for their daughter Matilde, who is two years old today.

Ana Pinho (Bruno Fernandes’ wife): “Thank you so much @ManUtd, Matilde is in love with this cake” #MUFC pic.twitter.com/hp3rK11oAF

Fernandes is expected to make his Manchester United debut against Wolves at Old Trafford tomorrow.