With Nemanja Matic suspended, Ole Gunnar Solskjaer will have little option but to throw new signing Bruno Fernandes straight into the starting lineup alongside Fred in midfield.

At his pre-match press conference, Solskjaer suggested he would continue to play three at the back and so Phil Jones is expected to keep his place alongside Maguire and Lindelof – although Eric Bailly might be given some game time.

Up front, Mason Greenwood will probably return to the bench, with Daniel James and Andreas Pereira the most likely candidates to flank Anthony Martial. 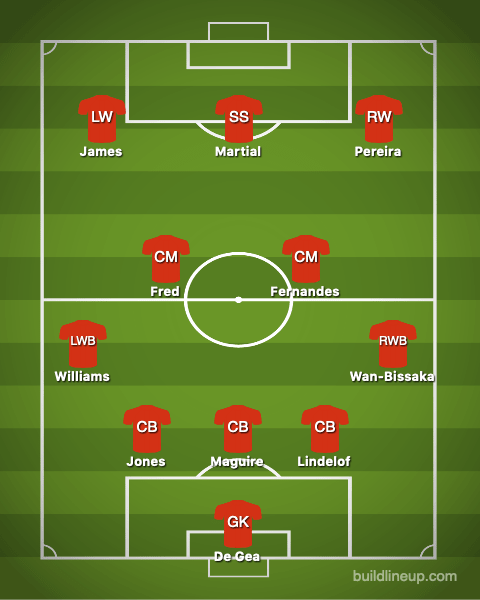