Bruno Fernandes was spotted in the stands of the Braga Municipal stadium yesterday watching his old club Sporting Lisbon lose 1-0 to the hosts.

Fernandes, snapped with his agent Miguel Pinho by A Bola, has returned to Portugal to finalise domestic arrangements for his move to England. 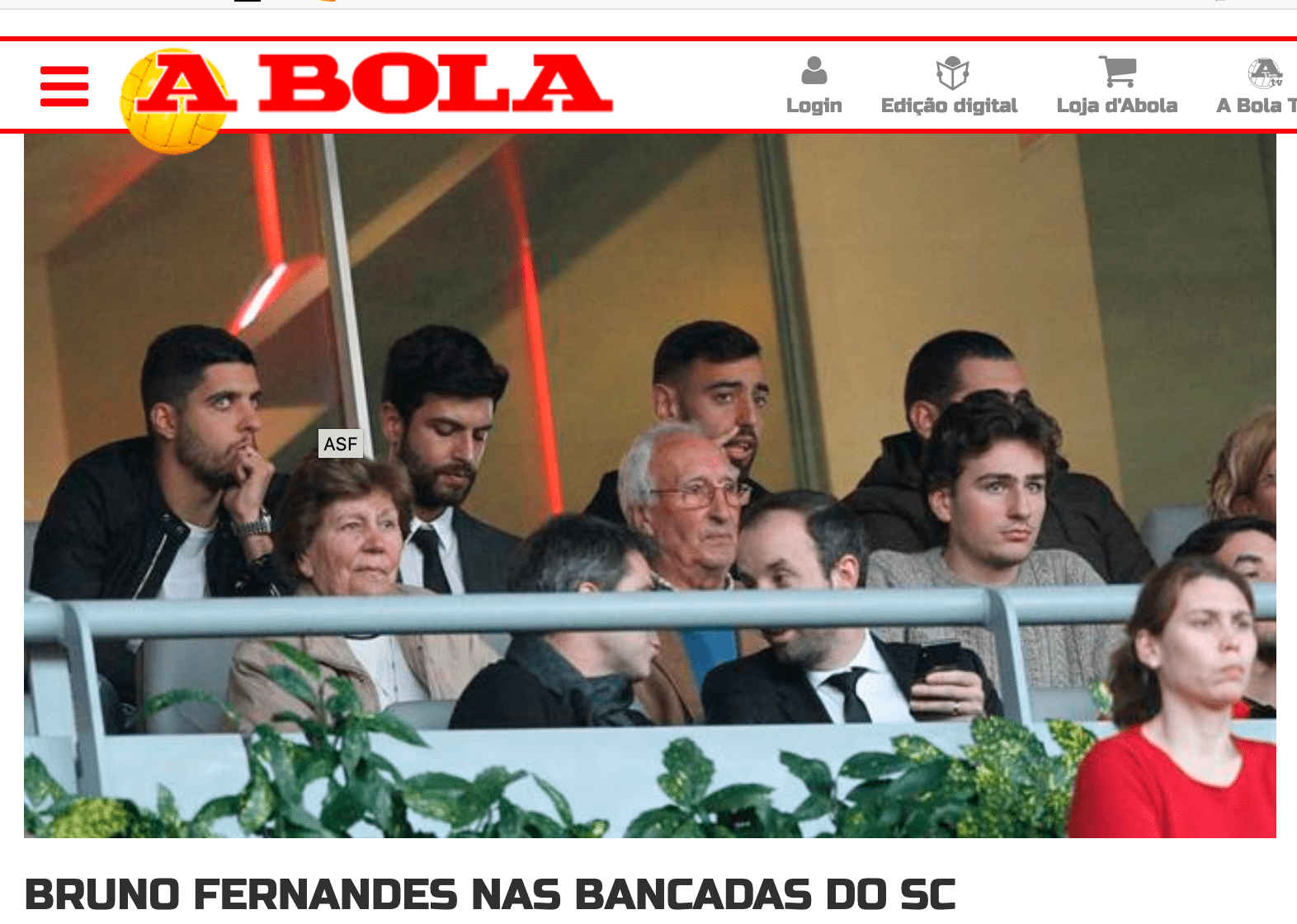 Record are reporting that Fernandes, his wife Ana Pinho and their daughter Matilde are currently living in the Lowry Hotel in Salford, where United’s pre-match team meetings take place and where José Mourinho famously lived during his spell at Old Trafford.

Once he has wrapped up his affairs in Portugal, Fernandes will resume his search for a permanent home, which began in Cheshire on Friday after his first day of training with the Red Devils.

His search is concentrated in an area where many of his new teammates live.

The 25-year-old has returned to Portugal ‘absolutely enchanted’ with life at his new club and it was ‘love at first sight’ in regard to the rhythm and intensity of the Premier League.

Fernandes now has a few days to settle his affairs before he joins United’s winter training camp on Saturday. It will be a short hop for Bruno from Lisbon over to Marbella on the Costa del Sol, the reported location of the camp.