The Sun admits to being present at Ed Woodward home attack

The Sun newspaper has published a press statement in response to the complaint filed against it by Manchester United.

The Red Devils yesterday lodged the complaint with the Independent Press Standards Association about The Sun’s coverage of the recent attack on executive vice chairman Ed Woodward’s Cheshire home.

The complaint, leaked in a Tweet by BBC News’ sports editor Dan Roan, centred around the club’s accusation that the newspaper had advance knowledge of the attack and did not report it.

A Sun spokesperson has now issued a press release in response to the news that confirms that the paper did know about it in advance and was indeed present at the scene.

‘Following a tip-off that there was to be a protest a Sun reporter attended. At no time was our reporter made aware of what was to take place nor incited it or encouraged any criminal activity’ the response states. 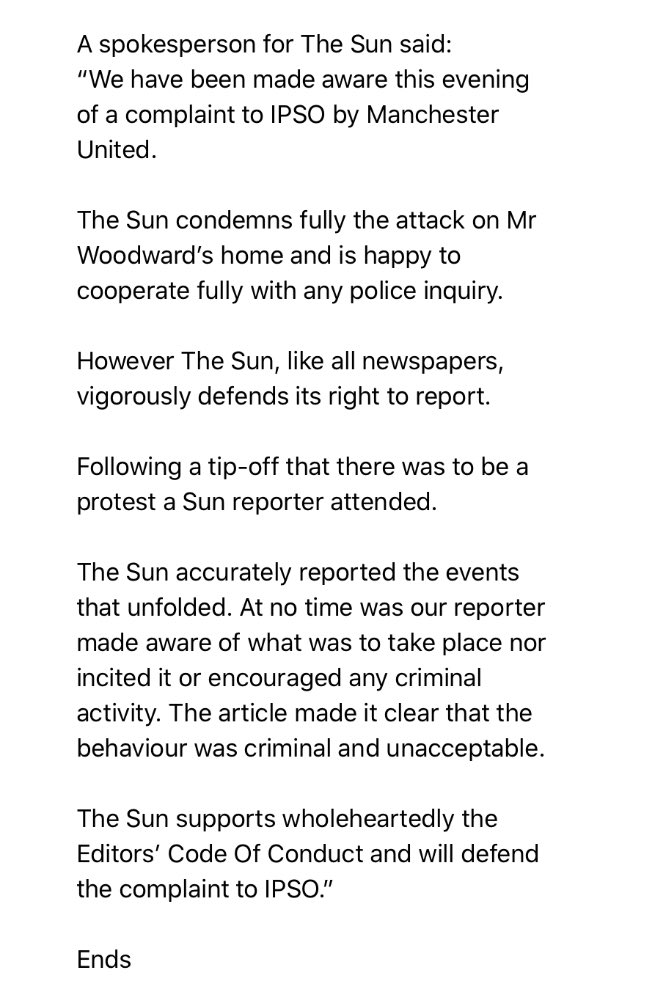 Whilst the report is on the front page of both the BBC’s and Sky’s football news sites, the English press in general have thus far chosen not to report either the complaint or The Sun’s response. To our knowledge this morning, only The Guardian has chosen to run with the story.

It is curious as to why such a shocking story would not be covered by most newspapers.

The reveleation has, however, sent shock waves through social media, with many fans believing that the whole thing was a PR stunt orchestrated by Woodward himself that went badly wrong.

These accusations come in light of the fact that Woodward has recently employed the PR firm of a former Sun reporter, Neil Ashton, to improve his image and that of the club’s owners the Glazer family with the fans.

Ed Woodward trying to distance himself from his own PR stunt ????#GlazersOut https://t.co/oM0ozL0vlN

At the time when they said it was staged, and that It a was PR stunt by Woodward, I didn't wanna believe that. Seems I was so wrong. Seriously Ed, WTF?????

Bad news as the club/Woodward to save thier hole will turn on the Sun over this PR stunt gone wrong! Gullible media/Man Utd fans like sheep will swallow it and portray Utd as "victims" ????????‍♂‍To think this PR stunt stopped the chanting/protests! ????#Glazersout #WoodwardOut #MUFC https://t.co/MqNmqC1xpL

Whilst such accusations could fall under the label of conspiracy theories, it is clearly quite a coincidence that following Ashton’s appointment, an article singing Woodward’s praises appeared in The Sun on January 24th. The Woodward home attack then happened on January 29th. 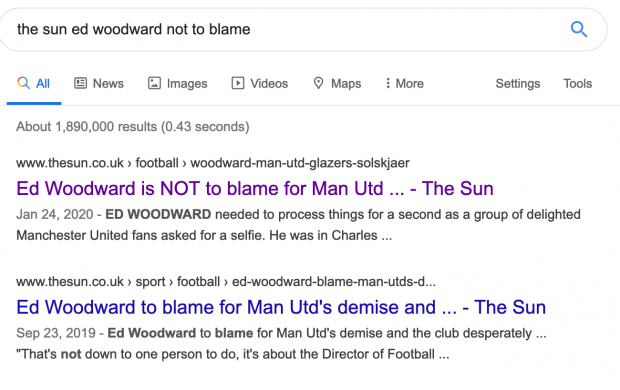 Whether or not Woodward, or Ashton for that matter, was involved in any way with the incident, two facts have now been established: The Sun, on its own admission, did have pre-knowledge of what it refers to as the ‘protest’, and was in attendance.

Injured Harry Maguire to be available within next...