Manchester United have plummeted to being the sixteenth most financially strong club in world football, according to the newly published Soccerex Football Finance 100.

The Football Finance 100 ranks the world’s top clubs based on five key financial factors – the market value of the players, the financial value of the club’s assets (e.g. the stadium, training facilities etc.), cash in the bank, owner’s ability and likelihood to invest in the club and net debt.

The report makes for extremely depressing reading for Manchester United supporters as they find their club having slumped by an incredible eight places when compared to the previous year. 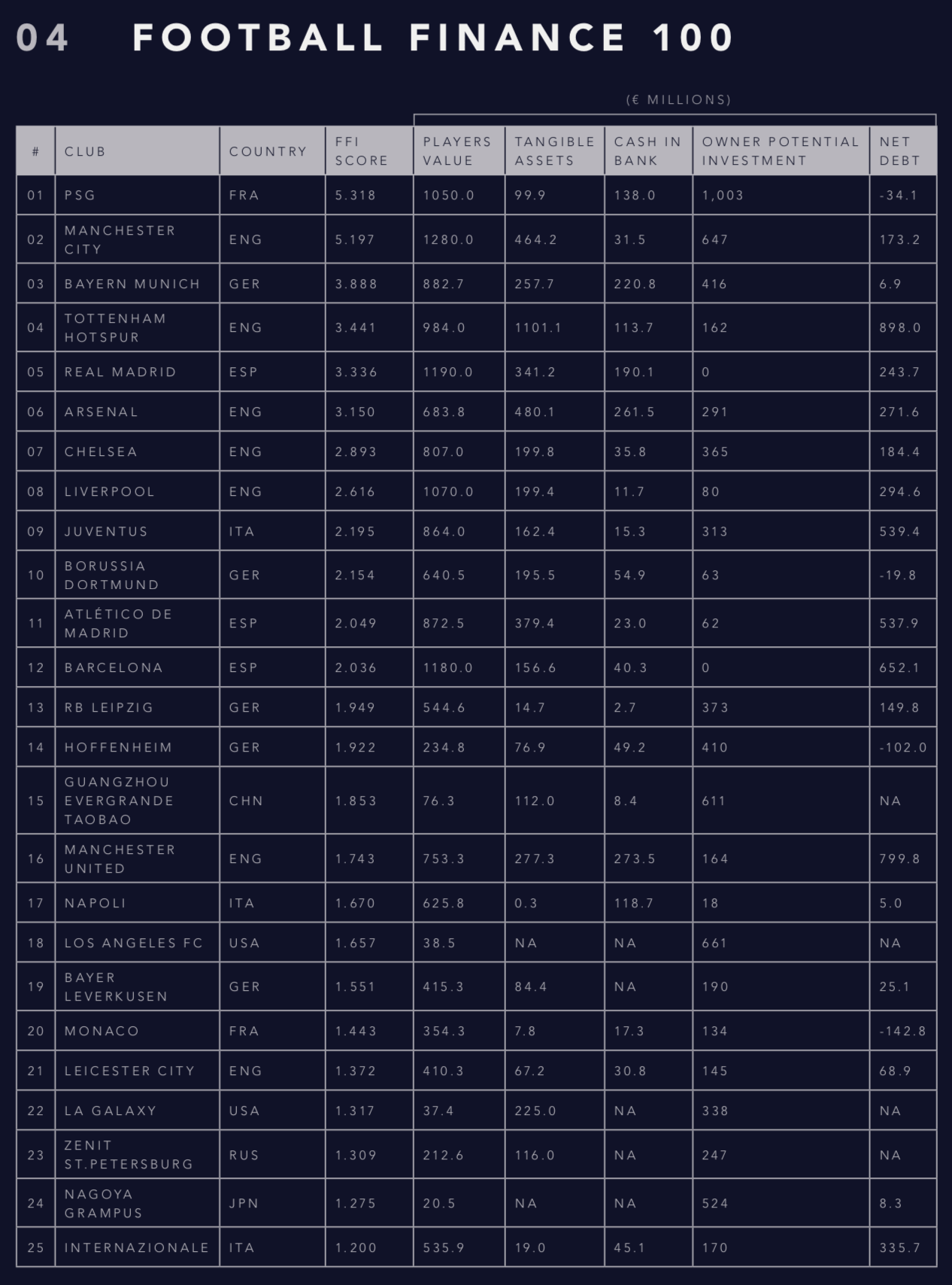 Other big changes were cash in the bank, which reduced from €331 million to €273 million and net debt, which increased from €751 million to €800 million.

The club’s deterioration is so rapid that it drew special mention in the overview section of the report. ‘Interestingly, heavyweights such as Barcelona and Manchester United dropped markedly this year, most notably Manchester United, whose on-pitch malaise has started to affect income, morale and brand visibility’ the report states. ‘The relative decline of England’s most famous club over the past six years is a reminder that nothing can ever be taken for granted in football.’

It is hard to understand how executive vice chairman Ed Woodward keeps his job at Old Trafford when financial reports such as this underline just quite how badly the club has been mismanaged.