Odion Ighalo is unlikely to start his first game for Manchester United at Stamford Bridge tomorrow.

Having not trained much with the team due to his coronavirus quarantine, Ighalo will probably be brought off the bench for 20 minutes to half an hour, depending on the state of the game.

In terms of formation, manager Ole Gunnar Solskjaer often opts for 3 at the back in tough away games such as this, but we think that given the players available and the need to make ground on Chelsea in the fight for Champions League places, he will opt for a more attacking and familiar 4-2-3-1.

Solskjaer will probably go for Luke Shaw’s experience at left back rather than fan favourite Brandon Williams and Nemanja Matic will return in the holding midfield role.

This leaves Solskjaer the dilemma of who to play on the right wing. His faith in Andreas Pereira may once again tip the balance in the Brazilian’s favour, but we think Mason Greenwood will get a rare start as the manager throws the gauntlet down to Frank Lampard’s side.

This, then, is our predicted lineup: 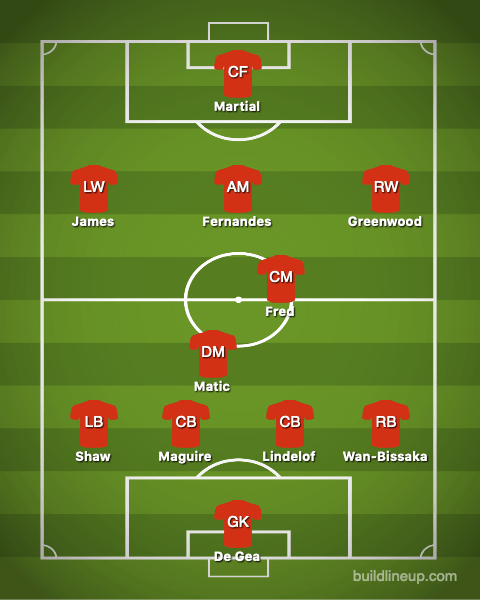