Despite a great win at Stamford Bridge last night, Manchester United fans were left perplexed as to why Mason Greenwood didn’t feature in the game.

The 18-year-old was left on the bench while out-of-form winger Daniel James was played as a striker alongside Anthony Martial.

When James was finally substituted in the 80th minute, it was another off-form player, Andreas Pereira, who replaced him as Ole Gunnar Solskjaer opted to switch to a more defensive formation to protect United’s lead.

Fans are becoming increasingly frustrated at the infrequency with which Solskjaer – a coach renowned for his commitment to youth – picks the England Under-21 international in his side.

#ole giving youth a chance…. at watching from the bench!!! @masongreenwood should be on the pitch!! #matrial #james

Gutted to see @masongreenwood on the bench again. Don’t understand it. #CHEMUN

honestly would've have started Mason Greenwood ahead of Daniel James. I guess starting £15 million James ahead of Academy graduate Greenwood was the easier choice for Ole to make. He therefore needs to become a bit bolder in his selections in future. Greenwood should've started.

New boy 30-year-old Odion Ighalo was brought off the bench for Anthony Martial in injury time and it now seems as if the Bradford-born player is even further down the pecking order.

The prolific Greenwood has registered a goal or assist every 105 minutes of football this season. By contrast, Martial’s 12 goals and 5 assists have taken an average of 123 minutes and James has taken more than double that time – 237 minutes – to score or create.

And whilst some would argue that Solskjaer is nurturing the prodigious talent, as Greenwood himself said in an interview with MUTV last week, ‘if you’re good enough, you’re old enough’. James, meanwhile, is the one who perhaps needs that nurturing right now and a spell coming off the bench would no doubt help rebuild his flagging confidence. 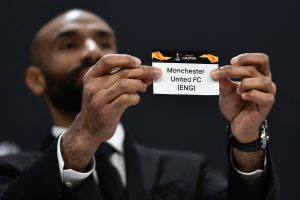