Speaking in the post-match press conference, Solskjaer said ‘The conditions, with the pitch and ball, made the conditions hard. The ball is different and difficult to play with, but it’s the same for the two teams. It’s light – you should get one and try it.’

The Norwegian is not normally one for excuses but on this occasion produced an absolute corker of which his predecessor José Mourinho would have been proud.

The manager’s comments are the clearest indication yet that the pressure is beginning to tell on him.

He also complained about the weather, saying ‘It’s the same for the two teams, of course. But the conditions weren’t nice, the wind and the rain.’

Solskjaer’s counterpart, Bruges head coach Philippe Clement commented ‘We get the balls from UEFA, so it’s not our ball. In the Europa League games it’s the same balls, so I don’t see a problem with that.’

Clement also felt that his side should have had a penalty and that Sergio Romero should have been sent off after the Argentinian appeared to bring down Emmanuel Dennis in the third minute. ‘For me it’s a clear penalty,’ the Belgian said. ‘If I see the images and in some countries it’s a red card, if you go with two feet forward against the leg of somebody, it’s a red card.’

The draw in Belgium gives United an away goal and leaves them in the driving seat for the second leg next Thursday at Old Trafford. 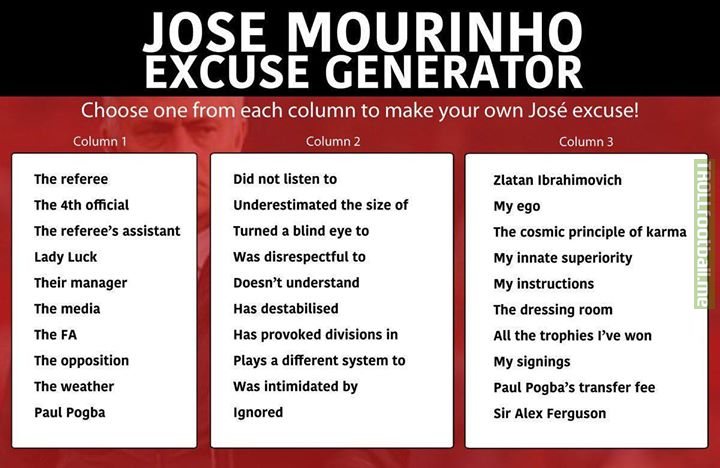