Manchester United will take on Club Brugge in the second leg of the Europa League Round of 32 tie with Ole Gunnar Solskjaer seeking an easy win.

The legendary Norwegian watched on disappointingly as his men were held 1-1 in the first leg, much to the frustration of the fans.

It’s now likely Solskjaer will have to play a strong starting XI in the hopes to wrap up the tie quickly and then rest key players for Sunday’s clash with Everton.

United need to take the Europa League as seriously as possible as there are no guarantees they will qualify for next season’s edition of the Champions League through the Premier League alone.

As such, it’s likely Solskjaer will start an almost identical line-up to the one that won comfortably vs Watford. 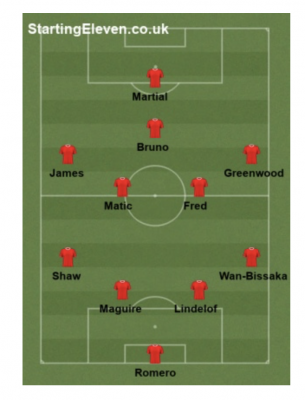 The only change is to make way for Sergio Romero with David de Gea remaining on the bench for European ties.

It may mean the squad isn’t as fresh as possible but Solskjaer can’t afford to risk putting out a weaker side who will fail to impress once more.

In fairness, United are currently winning the tie through the away goals rule so he could potentially feature a full-strength defence but then rest the rest of his usual starting lineup.