It is sometimes easy to forget that Alexis Sanchez is still a Manchester United player and that he will be returning to Old Trafford when the season ends with two more years left on his contract.

Manchester United fans went into meltdown in January 2018 when the Chilean joined the club from rivals Arsenal in a swap deal involving Henrikh Mkhitaryan. At the time, they were getting one of the best players in the world and one proven in the Premier League.

His arrival at Old Trafford was widely expected to transform the fortunes of a struggling United side. The Red Devils’ manager at the time, José Mourinho, was cock-a-hoop.

‘He will bring his ambition, drive and personality, qualities that make a Manchester United player and a player that makes the team stronger’.

It started off disappointing, but hardly a disaster in that first 2017/18 season. Sanchez had scored eight goals and provided four assists in his 22 games for Arsenal in that campaign. He scored three and registered five assists in 18 for the Reds – not stellar, but not a disaster either. It takes time to gel with new teammates, learn how to play under a new manager and get used to a new formation.

The Chilean was expected to find his feet the following season, but it was not to be. He started the 2018/19 campaign patchily, as did the team as a whole. He was moved from left wing to right, from centre forward to number 10, but nothing was coming together. Sanchez played just 12 games under Mourinho that year, starting only seven. He scored just one goal and provided two assists.

Interestingly, United lost none of the games in which Sanchez started and only two of the twelve in total. By contrast, the Red Devils lost four of the six in which the star wasn’t playing and the dressing room was in a state of unrest – a situation that would see Mourinho lose his job at Old Trafford that December.

Yet Sanchez was declared a disaster, many held him at least partly responsible for United’s misfortunes. There were rumours that his high salary of £350,000 per week plus bonuses that could see him earn up to £560,000 had unsettled other players in the side such as Paul Pogba and David de Gea.

When Ole Gunnar Solskjaer took over as manager, Sanchez was in the early stages of a hamstring injury that would prove to mark the start of an injury-ridden period for him. Hopes that his fortunes would be revived under the Norwegian quickly faded, and he ended the season having scored just one goal and provided 2 assists in 15 Solskjaer-led games.

Again, though, an interesting statistic that has never received attention is that Sanchez only started six games under Solskjaer, all but one of which United won and none of which were lost. His goal and assists came in those six games.

Persistent injury problems, playing for a struggling side under two very different managers, not being given a consistent run in the first eleven, being played in different positions in different formations with confidence flagging and under huge pressure to perform and justify his price tag: there is no doubt that Sanchez was a shadow of his former self, but the statistics show that his contributions, even under these circumstances, were not as bad as history tends to record.

This season, the Chilean has attempted to resurrect his career on loan to Inter Milan in Italy. So far, the headline figures tell the same story of a broken Sanchez: just one goal and three assists in 16 games for the Nerazzurri and eleven more matches out with a peroneus tendon injury.

But again, a drill-down into the figures reveals that Sanchez has started just six games for the Italians, scoring that one goal in one (in which he also got sent off) and getting two of his three assists in the others. And Inter won all five of the domestic games in which he started, the only loss being to Barcelona – a game in which Sanchez provided an assist for Lautaro Martinez’s goal.

This brings us to the present, and to two crucial questions: is Alexis Sanchez finished as a world class footballer? And if not, could there still be a future for him at Manchester United?

Sanchez turned 31 years of age in December, which does not make him a spring chicken but he is hardly over the hill, either. If he can shake off the persistent injury problems and string together a good run of form, there may be no reason why he cannot remain at the top of his game for three to five more years. Form is temporary, class is permanent, and his incredible history of 207 goal involvements in 307 games for Barcelona and Arsenal – not to mention 42 international goals in 137 games – is more than sufficient evidence that Sanchez is a world class player.

Of course, there is the possibility that Sanchez is one of those players who peaks early. A source confided to The Athletic, ‘He has a lot of miles on the clock. I wonder if Arsenal got the last drops from him.’

There is also the issue of where the Chilean would fit into the current Manchester United side, but there is an obvious role that he could help to fill at Old Trafford: the right wing. Despite it generally being accepted that he is better on the left, his career statistics show that he is in fact more effective on the right, with a goal contribution every 1.66 games as opposed to one in 1.83 games from the left.

On the other hand, if Sanchez were to return to United, he would no doubt be expected to win back the right to a first team berth and start, at least, as an impact sub coming off the bench. The above statistics clearly demonstrate that this is not his strength and that he performs much better when starting the game.

Another issue that could stand in the way of a successful return to United is whether the rumours of dressing room unrest are true and whether his return would unsettle an increasingly well-bonded squad. According to The Athletic, ‘Sanchez cut an isolated figure at Carrington. He performed his duties but declined to interact much with team-mates’.

It may be of course that a change in personnel and even, potentially, of manager might lead to better integration of the Chilean, but there is a suggestion that it is his nature to be a loner. The outlet also quotes a source at Arsenal as saying ‘He did not have friends at Arsenal. He was one of those players who, if we won 1-0 and he had not scored, would come into the dressing room and kick things. If he’d scored twice but we’d lost, he’d be absolutely fine. He did not mix with the players. He rarely, if ever, came into the players’ lounge after games.’

United are currently paying 40% of Sanchez’s wages, which means that Inter are still paying £210,000 per week plus bonuses for the player. The Nerazzurri have already said that Sanchez would have to agree to a salary of ‘significantly less’ than that 60% for them to make the deal permanent, which would effectively rule the option out, with the player able to continue to earn three times that amount as a United player.

Even loan deals next season will be hard to come by if this season ends without the 31-year-old, whose market value now stands at just £18 million, having been able to demonstrate why anyone should pay even a portion of his astronomical salary. 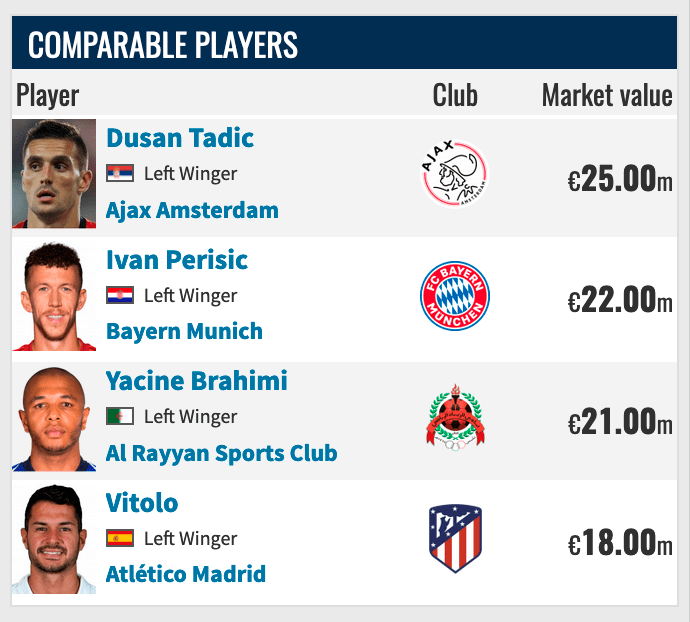 The issue as to whether Sanchez stays at Old Trafford for the next two seasons might therefore end up being a case of Hobson’s choice for both player and manager.

Of course, the best case scenario is a very rosy one – one that most Manchester United fans have given up any hope of seeing: a rejuvenated Sanchez running onto Bruno Fernandes through balls at Old Trafford and pinging them into the back of the net. At this stage it seems like a million miles away, but you never know. Stranger things have happened.