Manchester United target Kalidou Koulibaly has stated that he is happy to stay at Napoli, according to Il Mattino.

Reports in the English media yesterday claimed that the Naples-based paper had reported that the Senegalese centre back told club owner Aurelio di Laurentiis that he wants to leave Napoli in the summer.

However, this is not what the Italian outlet actually said in its Saturday article.

It is true that Koulibaly had a phone call with di Laurentiis, but this was apparently to ‘renew esteem and friendship’, Il Mattino claims.

The article states that although a parting of the ways ‘appeared to be much more than a hypothesis’, the 28 year old was now willing to pledge his future to the club. 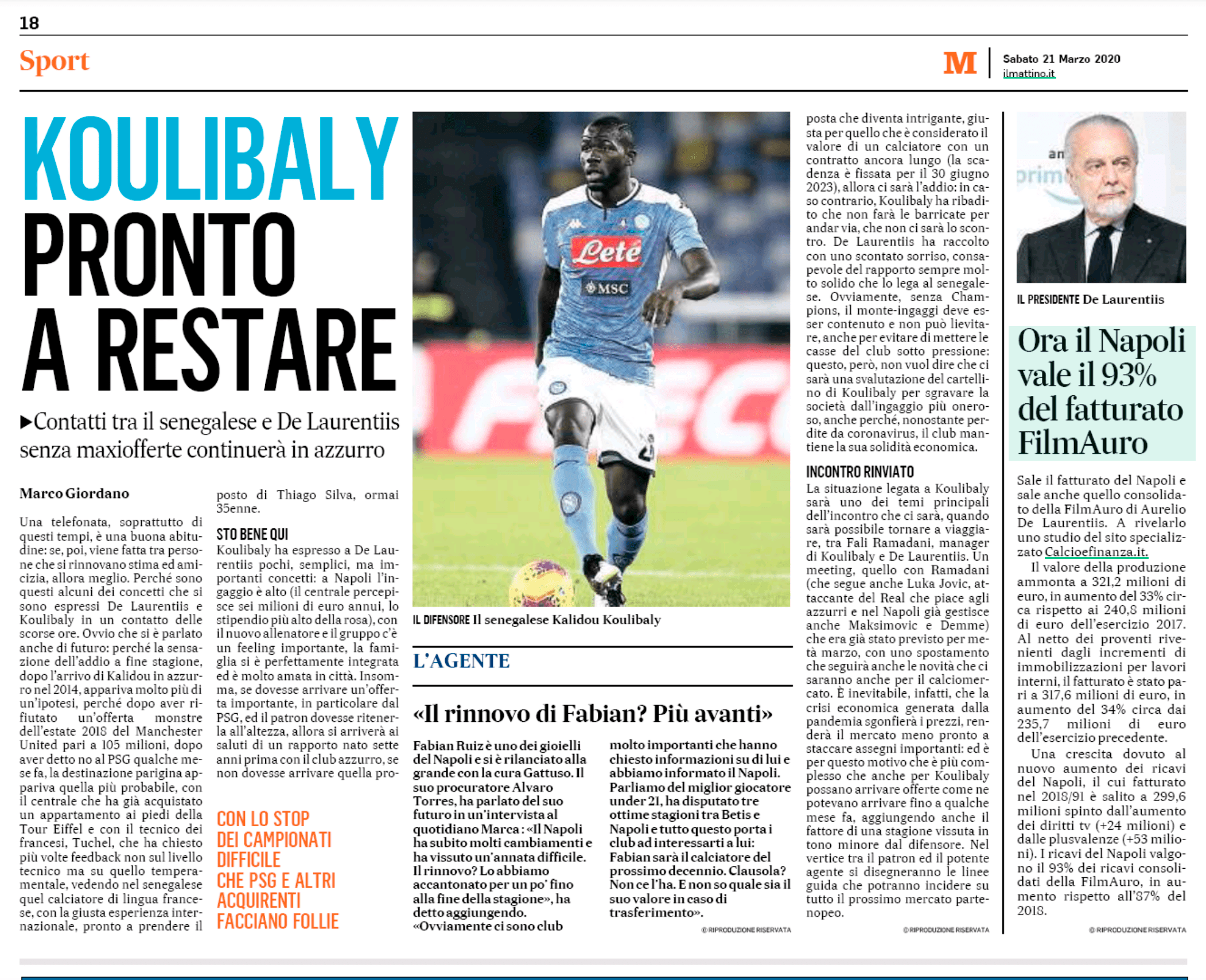 PSG have also been chasing the Senegalese, with a deal having been so close that Koulibaly has ‘already purchased an apartment at the foot of the Eiffel tower’. PSG head coach Thomas Tuchel reportedly has his heart set on Koulibaly as a replacement for the aging Thiago Silva.

However, Koulibaly is believed to be satisfied with his long-term €6 million (£5.4 million) per year contract at Napoli and his family is very happy and settled in Naples.

The conclusion of the phone call was that Koulibaly would only leave the club if Napoli failed to qualify for next season’s Champions League and a substantial offer were to come along – ‘in particular from PSG’. Napoli are said to be ‘financially sound despite the coronavirus’ and not willing to reduce their asking price, believed to be in excess of £100 million.

The news would seem to put an end to two years of speculation about the Senegalese joining Manchester United, who, it appears, will have to look elsewhere if centre back reinforcements are deemed necessary in the summer.