Paul Pogba’s market value slashed by 20% in one day

Billions of pounds have already been slashed of footballers’ market values following the coronavirus crisis.
Transfermarkt, the acknowledged bastion of world football data, has recalculated all its figures in order to provide a more realistic picture of the market in the current financial climate.

Over 300 football industry experts were surveyed by the German site, with almost two thirds estimating that the market will drop by over 15% and nearly one third estimating effects in excess of 20%.

Younger top talents such as Kylian Mbappe and Jadon Sancho have been downgraded by 10% but players born before 1998, such as Raheem Sterling and Neymar, are reduced by 20%. 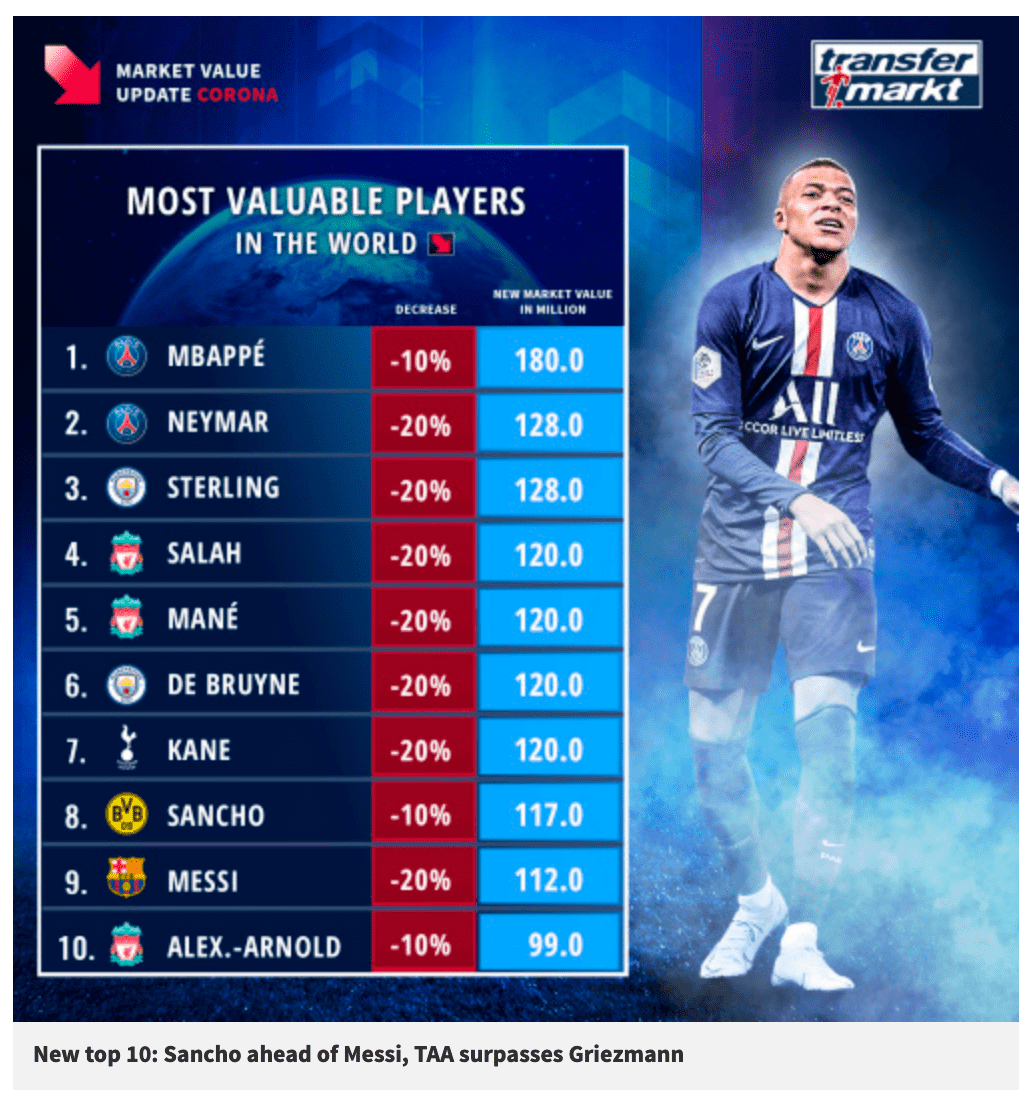 The revaluation means that Paul Pogba’s market value has dropped from €100 million to €80 million – just £73 million. This makes the Frenchman now only the 14th most valuable player in the world and joint seventh most valuable in the Premier League alongside the likes of Bernado Silva, N’Golo Kante and Leroy Sané.

The drop in Pogba’s valuation means the player is now worth less than half of United’s asking price, widely reported to be around £150 million.

It is hugely significant news in the Pogba transfer saga. United bosses will be loath to let the 27-year-old leave for such a low figure and it is hard to see a way out of the impasse between player and club unless a swap deal can be arranged. The chances of him staying at Old Trafford must therefore have increased considerably.

In terms of transfer targets, the new figures mean that United’s top target Jadon Sancho is now valued at £107 million rather than £119 million as before. He is now ranked the eighth most valuable player in the world and now ranked above Lionel Messi, who drops to ninth.

Jack Grealish drops 20% from £35 million to £28 million, although it’s highly unlikely that Aston Villa would be willing to let their captain leave for anything close to that figure.

Generally speaking and with the possible exception of Pogba, United are a buying club rather than a selling one, so in one sense the new market values represent good news for the Old Trafford outfit. On the other hand, such a compression in player values could mean that more clubs will be able to afford the top players and as such competition could be increased for highly prized top players such as Sancho.