Home » Manchester United would be 10th in Premier League without VAR

Manchester United would be 10th in Premier League without VAR

Manchester United would only be 10th in the Premier League if it weren’t for the VAR, according to ESPN.

The outlet has recalculated how the Premier League table would look if the referee’s decisions had stood in incidents where the video assistant referee overruled them.

The analysis has revealed that the Red Devils are the club who have benefitted most from those VAR overrulings.

Sadio Mané’s disallowed goal for Liverpool at Old Trafford due to handball, Marcus Rashford’s penalty against Man City at the Etihad, the two disallowed Chelsea goals at Stamford Bridge and Gylfi Sigurdsson’s effort at Goodison Park would all have been reversed without VAR.

And by contrast, United have only had one VAR overturn against them.

The Red Devils are five points worse off in the ‘what if?’ table, putting Spurs, Arsenal, Everton, Wolves and Sheffield United ahead of them and dropping them to 10th with 40 points instead of 5th with 45. 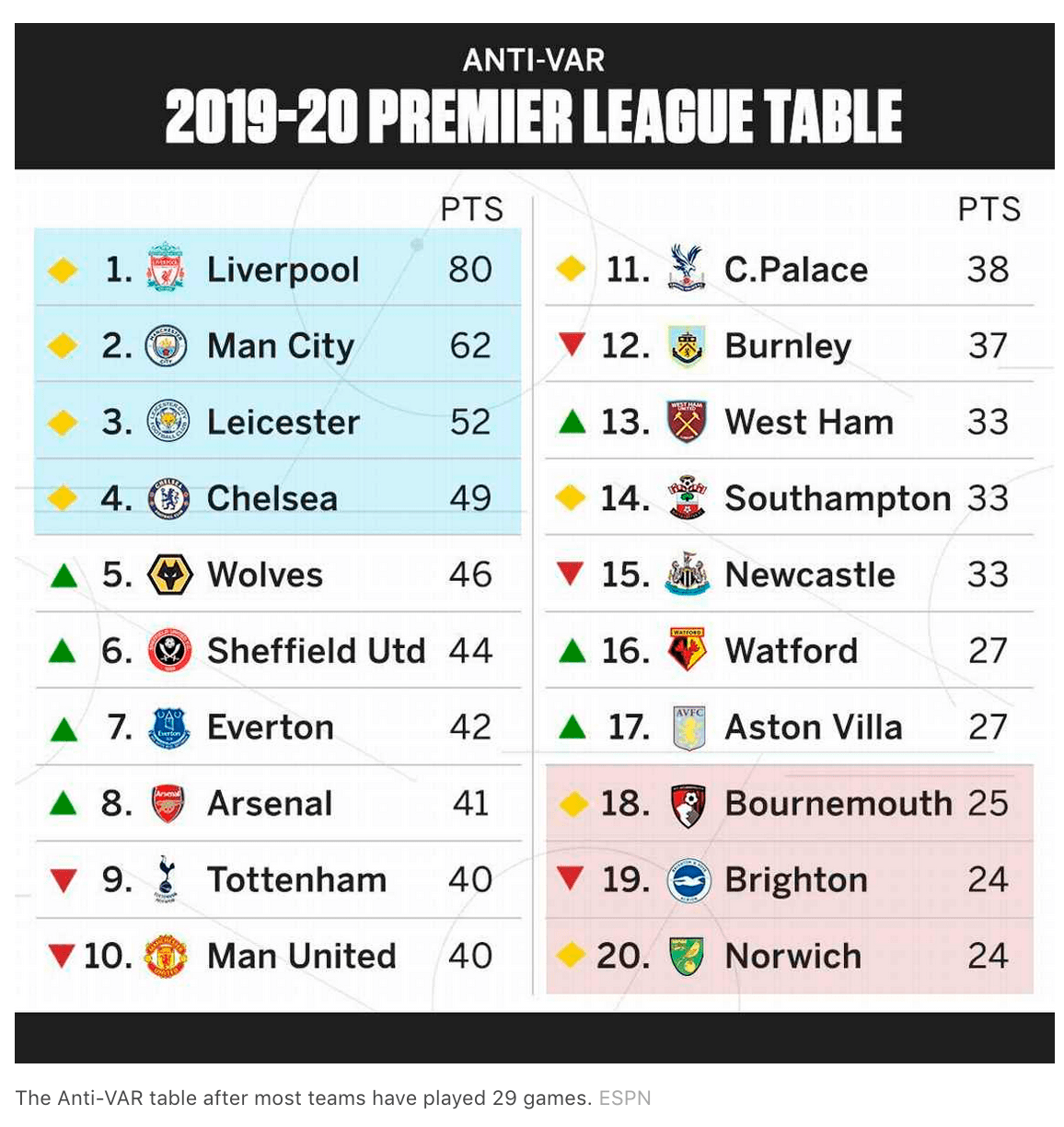 The figures are ‘results of analysis from ESPN and the team led by Thomas Curran at the London School of Economics, whose Anti-VAR Index shows how the league would look without video review’, the report states.
‘Their algorithm is about more than simply removing goals to get the amended results; it takes into account factors such as the state of the game at the point of the VAR incident in question, plus a team’s form, performance and relative strength, which generate a new set of results based on probability of outcome.’
The suggestion from ESPN is that United are favourably treated by officials generally, as it also says that the Red Devils ‘lead the way in:

It is a worrying analysis for United fans as it suggests that the side has been lucky this season, which could be papering over cracks that might otherwise have appeared.
On the other hand, it may be that the Red Devils experience more bias against them – from referees and opponents – and that it takes the clinical, black and white evidence of the VAR to counterbalance those prejudicial decisions.