Brazilian starlet Tete gave Manchester United a boost yesterday as he named the Red Devils as one of three teams for whom he dreams of playing.

The 20-year-old is currently at Ukrainian side Shakhtar Donetsk, where he has scored eight goals and provided seven assists in 31 outings this season. 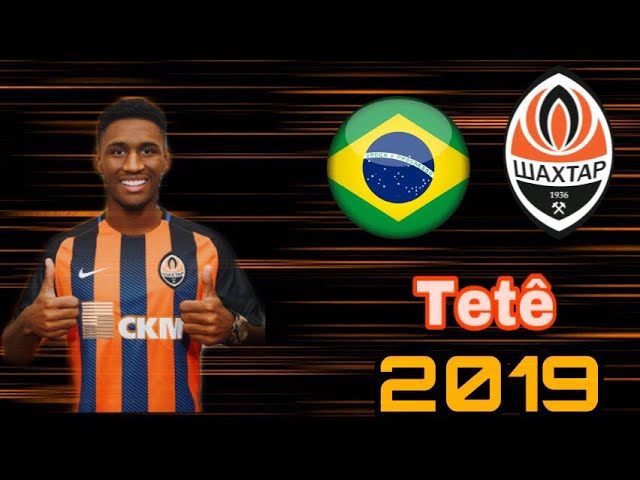 Speaking to Esporte Interativo via Goal.com, the right winger said ‘three clubs are part of my dream in Europe: Barcelona, Manchester United and Liverpool. Gigantic clubs with fantastic managers and an incredible number of trophies.’

‘As a player, I dream of winning important titles and those clubs are incredible options to achieve that.’

Tete admitted it was unusual to have ambitions to play for both United and arch adversaries Liverpool.

‘I know United and Liverpool are rivals. But, if the moment of choosing one of them actually came about I would have to choose wisely.’

‘The Premier League is an extraordinary competition, the game is played at a great pace, there are lots of great managers and great clubs.’

‘I feel the players have more creative freedom there. That’s the difference amongst Europe’s biggest leagues.’

Shakhtar snapped up the exciting youngster for €10 million (£8.7 million) before he had even played a senior game for former side Gremio. He has been impressive for the Ukrainian side and caught the eye in the 1-1 draw against Manchester City at the Etihad in the Champions League in November.

The Brazilian could provide a fall-back option if the Red Devils fail to land top target Jadon Sancho from Borussia Dortmund this summer. Being the same age and considerably less expensive than the Englishman, he could prove to be a shrewd piece of business for the Old Trafford side.